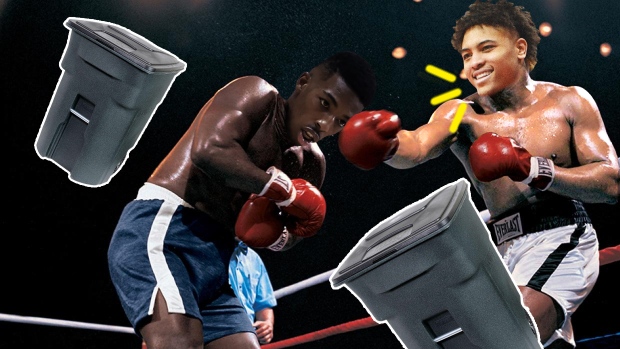 As the NBA competition ramps up in the post-season, so does the trash talking.

Players will pull out all the stops and leave no stone unturned when looking for content to use against their fellow competitors. In a seven games, you can expect to hear just about anything when the intensity heats up and the bad blood starts to boil.

Kelly Oubre told reporters following the Wizards’ Game 5 loss to the Raptors that Game 6 back in Washington would be a “different story, and decided to dish out a chirp to Raptos guard Delon Wright.

Oubre spoke to Candace Bucker of the Washington Post and offered up this take on the Wizards being able to bounce back and force a Game 7.

"The next game is a different story. We're back at home. Just like Delon doesn't play well anywhere else, you know, other than at home," Oubre said, sharing inspiration coupled with a touch of an insult. "You can kind of chalk it up as the same story."

To which Wright responded with:

Delon Wright on Oubre's comments to @CandaceDBuckner suggesting he only plays well at home: "I saw it. I mean, that's his opinion. I didn't play as good as I did at home there, but he made it seem like I was just a total bust. We'll see in Game 6."

Oubre heard the retort, and offered up this spicy meatball regarding the back-and-forth trash talk.

Kelly Oubre Jr. is taking his trash talking with Delon Wright to a whole other level.😳 . #Raptors #Wizards #Raps #WeTheNorth

Well, that escalated quickly. We’ll see what these two get up to tonight on the court.

Delon, under his breath as he walked off: "I've got a quote ready for (Oubre) after we win."

How good can the Wizards be?

So, to summarize, Kelly's NOT god, but he CAN come back to life and kill you.