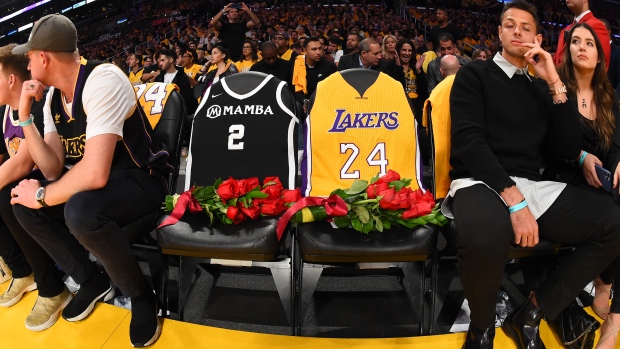 Since the tragic passing of Kobe and Gianna Bryant over two weeks ago, Kobe’s wife Vanessa has encouraged grieving fans to honour his memory by supporting Kobe's Mamba Sports Foundation, which aims to support underserved communities and especially youth and young women through sports.

On Thursday, Vanessa announced a name change to the charity, which will be now known as the Mamba and Mambacita Sports Foundation. As a talented young basketball player herself, Gigi was known as ‘Mambacita’ around the AAU circuit, and Kobe envisioned that she would one day carry forward his basketball legacy.

It’s a touching gesture to continue honouring both Kobe and Gianna. Following the helicopter crash, the foundation organized the MambaOnThree fund to support other families affected in the tragedy, and it aims to carry forth Kobe and Gianna’s legacy by continuing to support young athletes in sports.

With the NBA gathering in Chicago this weekend for All-Star festivities, we’re sure that the league has many tributes planned for Kobe, Gianna and the crash’s other victims. A public memorial will be held in two weeks at Staples Center.

February 24th, a public memorial will be held at Staples for Kobe Bryant and the 8 others killed in the helicopter crash.