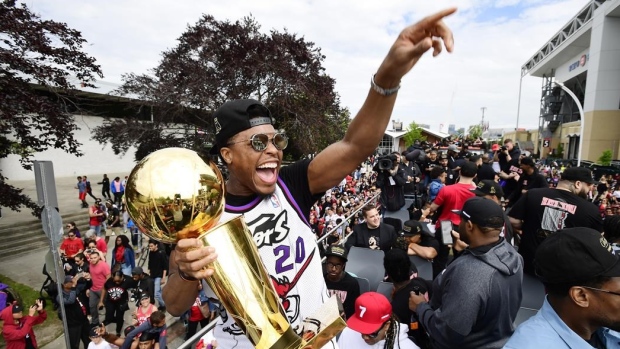 Every year, the National Ballet of Canada welcomes a rotating cast of celebrity guests in the Cannon Doll role for their production of The Nutcracker in December.

One standout guest for this year is Kyle Lowry, who will guest for the December 19th show.

The role involves dressing up as a Russian Petrouchka doll and then shooting a cannon into the crowd to begin a battle scene in the show.

Last year, Mitch Marner and Auston Matthews stole the show as Cannon Dolls, and we’re definitely looking forward to what Lowry has planned for his appearance.

Auston #Matthews and Mitch #Marner made their @nationalballet debuts tonight at #TheNutcrackerNBC •• How’d they do? 🤣