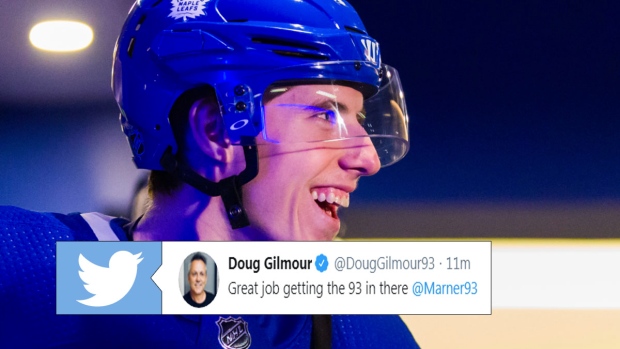 The time Toronto Maple Leafs fans have been waiting for has finally come, Mitch Marner has reportedly agreed to a new 6-year deal with the Maple Leafs.

All summer long Leafs fans waited to hear the news, as they never expected him to walk, and now it appears to be official and he seems to be staying put for the next six years.

Great job getting the 93 in there @Marner93 https://t.co/DGVdO8qRPh

.@DarrenDreger reporting Mitch Marner and the #Leafs have come to terms on a six-year contract. More to come, obviously.

tfw @ProfDiPaolo messages you that Mitch Marner signed while you're at the gd grocery store pic.twitter.com/xtRP6xsAFz

HE’S COMIN BACK! Thrilled to have #MitchMarner in #Toronto for six more years. Now name this album👇

Looking at a render for his new trophy wall where the Art Ross and Hart trophies will go in the future. https://t.co/BD99mLLivr

A lot of people started to wonder if he was actually going to walk because of the money, but he got what he was looking for and Leafs fans can sleep a little easier heading into preseason.

mitch marner is still a leaf! thank you jesus

Well the marner memes have now aged badly for everyone

Haha why am I not surprised https://t.co/aCXQKUavhb

With Marner's new deal, the Maple Leafs will have just over $40 million invested in Marner, Auston Matthews, William Nylander and John Tavares, with the salary cap for the year set at $81.5 million.