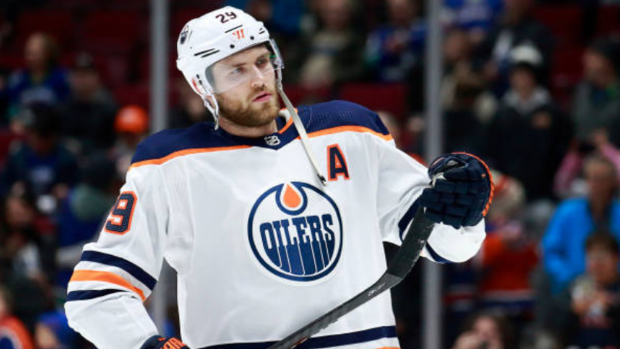 In today’s NHL, players are so media trained that a player will often give an answer about as entertaining as a potted plant. There may be no sport so set in its own clichés and overused phrases quite as much as hockey, and it’s definitely the sport you’re least likely to see a player say anything emotional.

That doesn’t mean it doesn’t happen, though. While media training may water down a lot of answers, players are humans too, and sometimes they let their guards down and give a glimpse of how they really feel.

Leon Draisaitl clearly wasn’t trying to make excuses about his recent struggles. While 10 points in his last 11 games isn’t anything to scoff at, the German star hasn’t recorded a positive +/- in 16 games. Say what you want about +/- being a flawed stat, but going -25 over a 16 game span is objectively bad.

Draisaitl was pretty blunt when responding to his struggles.

Despite the struggles, Draisaitl was a shoe-in for the All-Star Game as him and teammate Connor McDavid continue to joust atop the NHL’s scoring race. McDavid currently leads with 63 points while Draisaitl sits at 61 one game shy of Edmonton’s halfway mark of the season.

So. Is it possible he’s hurt? That one timer against the flames was weak. And he doesn’t do weak. Could it be?