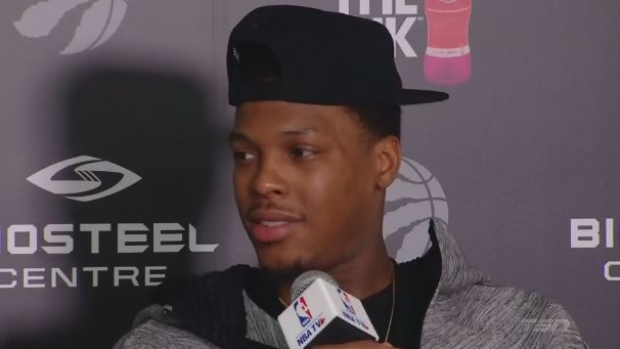 Sunday was a day that Raptors fans will certainly want to forget.

After a tough second round series versus the Cavaliers in which they were thoroughly beaten down, the Raptors were officially eliminated from the NBA Playoffs, gettign swept in four games. Monday, the Raptors showed up to the BioSteel Centre for end of season availability. When it came time for Kyle Lowry to take to the podium, the only question on everybody's mind was 'will you be back next season?' During the press conference Lowry officially announced that he would be opting out of his deal and testing the free agency market.

When asked about what he is looking for at this point in his career, Lowry provided a clear cut answer -- he wants a ring. But is that something the guard believes he could get with the Raptors?

What does Lowry want at this stage?
"A ring. Nothing else. I just want a ring"
Can he do it here?
"I think I can do it anywhere I play"

So, do you think the Raptors should try to re-sign Lowry, or do you think it's time for the franchise to move in another direction?