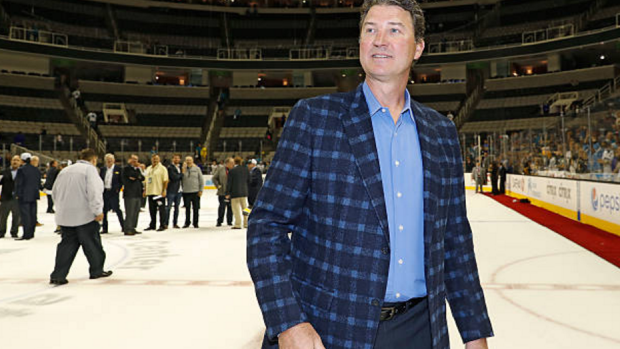 my daughter's body is crushed by chemo but she won't let me carry her up steps to bed. "I'll make it,"she says each night-and does. so tough pic.twitter.com/4xe9VecqI0

Since the diagnosis, the support from the city of Pittsburgh and some of its greatest athletes has been incredible to say the least.

An example of this is Pitt running back James Connor, who had his own battle with leukemia, reaching out to Colin and giving Darran a signed jersey, but more importantly his support.

No matter which team you root for @JamesConner_ is someone you root for.
Thanks for giving a 5yo so scared a bunch of hope.
You're a hero. pic.twitter.com/7g4NbeAVdR

Connor's not the only athlete who battled cancer that reached out to Darran, either.

On Monday, Colin tweeted a picture of a letter Mario Lemieux sent to Darran to show his support.

This came to our home today 100 percent unsolicited.
You talk about class?
Mario Lemieux is the height of class. pic.twitter.com/ba5eFM751d

Lemieux, who was diagnosed with cancer during the 1993 season, knows how much having support can help in the battle with cancer, and the fact that he took the time to reach out to Darran is just another reason why he's such an incredible human being.

Back in November, Colin wrote about the support his family has received since the diagnosis and we recommend you read it here.

Stay strong Darran, we're pulling for you and supporting you, and you're inspiring so many people to keep fighting.