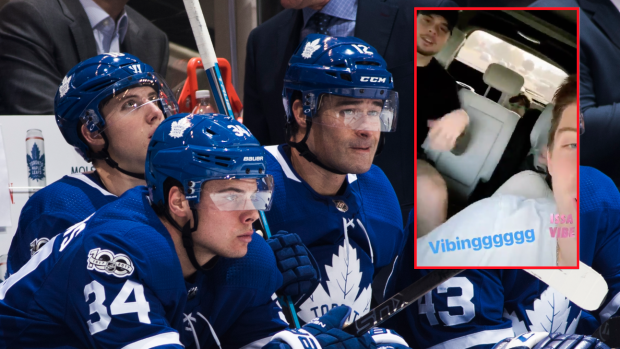 Over the course of Patrick Marleau's first season with the Leafs, there were a ton of fun moments involving him, Auston Matthews, and Mitch Marner with the most famous being the family picture they all took together in December.

Patrick and his boys after dinner, before the epic mini stick battle. Ha ha for helping with our elf on a shelf @Marner93 @AM34 pic.twitter.com/SYA7n9tw8w

Marner and Matthews are close with Marleau and his family, and we saw another example of that on Wednesday as Marner posted this incredible video to his Instagram story.

Is there anything more enjoyable than this video?  Probably not.  Marleau and his kids are coasting through California jamming out to YMCA and we're absolutely here for it.

Speaking of California, the Leafs will also try to win one for Marleau Thursday night when they face his former team, the Sharks, in San Jose.

Marner says Leafs owe Marleau a win in San Jose: 'We need to make up for it'