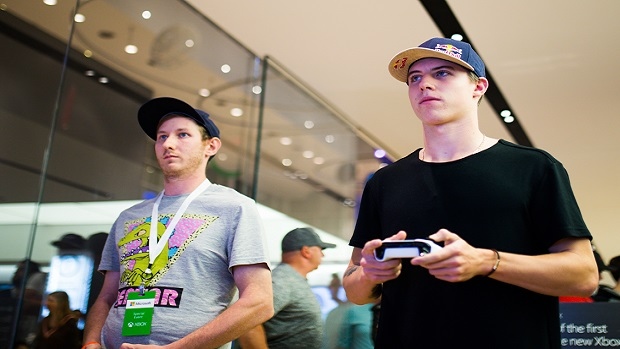 A lot of Toronto Maple Leafs fans were a little upset when the team walked away from the 2015 NHL Entry Draft with Mitch Marner instead of Dylan Strome, but it’s safe to say every Leafs fan is happy with the pick just over two years later.

Through 78 NHL games, Marner has recorded 20 goals and 63 points and also has one goal and four points in six career playoff games, while Strome has played just eight games and has one point.

The 20-year-old Markham, Ontario native has become a fan favourite in Toronto and is very active in the community. On Friday night, Marner was at the Microsoft store at the Yorkdale Shopping Centre, where he went head-to-head with a Leafs fan in EA Sports’ NHL 18, as well as a professional gamer.

After battling it out in NHL 18, Marner took the time to take some photos with fans who showed up to watch him play the game.

Not everyone can say they went head-to-head against an NHL player in hockey, even if it was just in a video game.