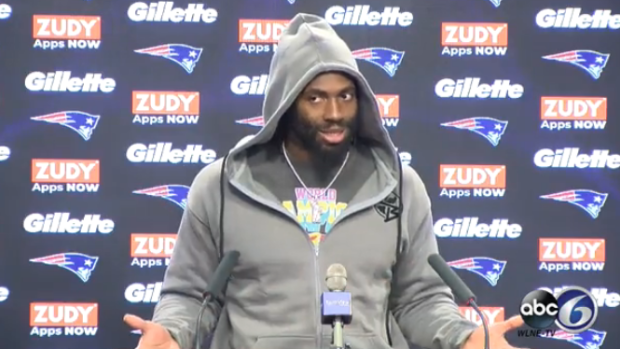 While Canadian Thanksgiving is in the rear view mirror by over a month, American Thanksgiving is upon us! Today we get to enjoy watching our Southern neighbours play football, stuff their faces with turkey, and acknowledge the parts of life they are grateful for.

For New England Patriots linebacker Matthew Judon, there is one thing he is unequivocally NOT grateful for: Mac & Cheese!

When asked about what side dish is mandatory on Judon’s Thanksgiving table, he instead took the opportunity to absolutely blast Mac & Cheese as a side dish.

We've got a Thanksgiving side dish hot take from Matthew Judon (@man_dammn).

Asked by @MikeReiss & @RochieWBZ, Judon says, "We gotta get macaroni & cheese out the table...it's just cheese & noodles. It's not that good."

.@man_dammn had the hot take of the year yesterday but his teammates & coaches could 𝗻𝗼𝘁 agree 😂

From its unimpressive simplicity to its… uh… effect on the body, Judon will not be participating in any sort of Mac & Cheese Thanksgiving.

Judon wasn’t the only Patriots player to have gripes with classic Thanksgiving foods. Apparently Mac Jones wants NO part of your pies!

What’s next, Patriots?! Is Damien Harris going to announce his disdain for mashed potatoes? Does Jakobi Meyers have a bone to pick with gravy? DOES BILL BELICHICK HATE TURKEY?!