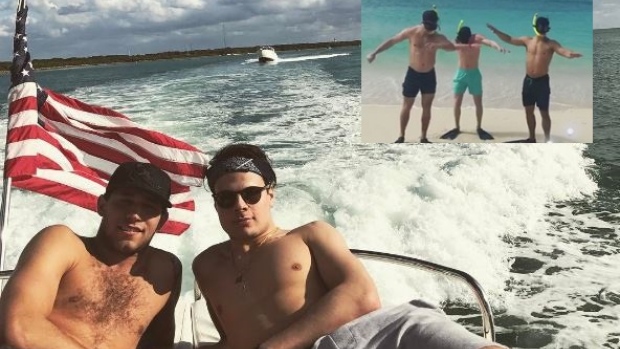 With the Maple Leafs in the midst of a league mandated 5-day vacation, players on the team have begun to get settled into a "holiday mode" of sorts. Travelling to tropical locations and getting some well needed rest before the grind of the NHL season continues.

Tuesday, Auston Matthews and Mitch Marner shared pictures from their warm weather getaways and judging by the images, both Leafs stars are making the most of their 5-day weekend. Matthews and fellow teammate Josh Leivo scoffed at the idea of boat trips causing bad luck, posting an image of themselves chilling on a boat that was quite reminiscent of the yacht scene in Wolf of Wall Street.

Meanwhile, Marner, Connor Carrick and Matt Martin hit the beach for some snorkeling, expressing their joy for the occasion by partaking in 'the dab' with the boys.

No better place to enjoy some time off than #onaboat. Leafs are back in action Friday on TSN4 / @auston_matthews @jleivs