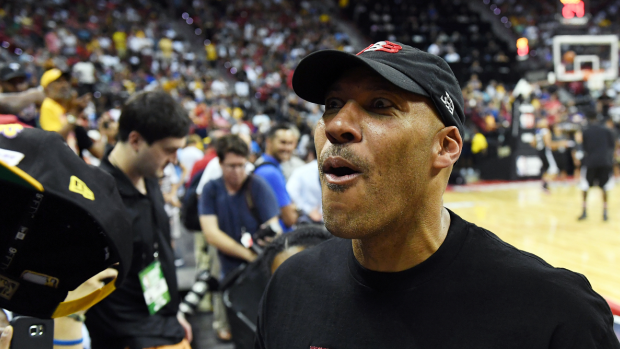 Michael Jordan is the G.O.A.T. and we’ve been waiting for a greatest of all time-quality response to all the LaVar Ball nonsense that’s been going on this summer.

Finally, it has arrived.

MJ was doing a Q&A session at a school named after him in Santa Barbara, California, and he let loose on the Father of the Lakers’ latest star.

First, he opened with telling Ball that he should “Shut up and let the kids play”, then he tackled the idea that Lonzo’s father could somehow beat him in a game of 1-on-1.

This all started back when LaVar claimed he could beat MJ in a game, and people were livid. MJ didn’t put much thought into the claim.

"You got to understand the source. I think he played college, maybe? He averaged 2.2 points a game. Really? It doesn't deserve a response, but I'ma give it to you because you asked the question, I don't think he could beat me if I was one-legged."

Yea, that sounds about right.