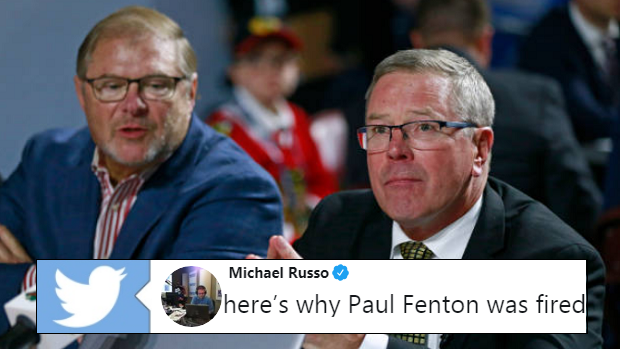 After just one season, the Minnesota Wild relieved former general manager Paul Fenton of his duties after the organization failed to make the playoffs for the first time since 2012. Fenton arrived in the North Star State after serving as assistant general manager with the Nashville Predators and general manager of their AHL affiliate Milwaukee Admirals. After relieving the 59-year-old of his duties, Wild owner Craig Leipold outlined the reasons for his decision, pointing to “the organizational, the strategic, and the management of people” parts of the job that led to his firing.

In a nutshell, here’s why Paul Fenton was fired as #mnwild GM pic.twitter.com/SIcHuu1lgO

Fenton’s tenure started off quiet but picked up closer to the NHL’s trade deadline. Some notable moves included moving Nino Niederreiter to the Carolina Hurricanes for Victor Rask, and trading Charlie Coyle to the Boston for Ryan Donato. Fenton also moved franchise centre Mikael Granlund to the Predators in exchange for the younger Kevin Fiala. Here’s how each player’s stat’s lined up following the trades:

Fenton kept the ball rolling into the summer, inking veteran Mats Zuccarello to a five-year, $30 million contract, a move that seemingly contradicted the organization’s effort to get younger. Fenton also reportedly tried to move forward Jason Zucker ahead of the deadline to the Calgary Flames but the deal ultimately fell through.

Some shade from Carly Zucker 👀😶

There is belief that former Flyers GM Ron Hextall could replace Fenton, so time will tell who the team tabs as its next GM.