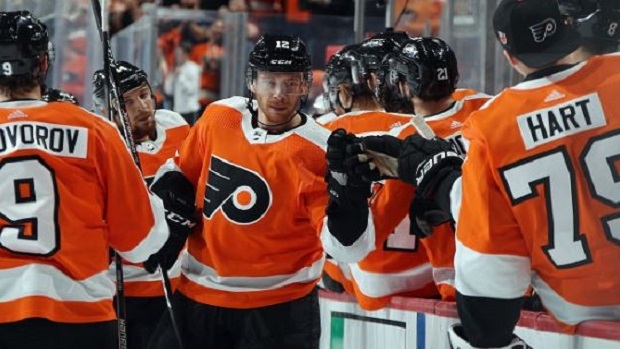 There are hockey players who don’t care about their personal stats and then there are players who will do whatever it takes to make sure the official gives them a point, even if they had nothing to do with the goal.

On Monday night the 30-year-old finished with two goals and an assist in Philadelphia’s 6-2 win over the Vegas Golden Knights, but after the game he let reporters know that he didn’t tip Ivan Provorov’s shot and he shouldn’t get credit for the goal.

Michael Raffl said he did not tip Ivan Provorov’s shot on the third #Flyers goal. That will likely get changed. #FlyersTalk

Raffl was just trying to be honest and wanted to give credit where credit’s due and the NHL listened. On Tuesday night the NHL Public Relations Twitter account shared a tweet saying that the goal has been officially changed from Michael Raffl to Ivan Provorov.