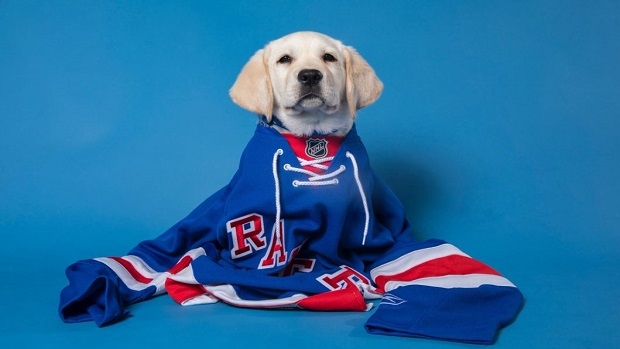 The New York Rangers added a new member to the organization on Tuesday and he’s certainly going to be admired by fans of all teams across the league, including fans from the Metropolitan Division.

In partnership with BluePath, the Rangers will train their newest addition, Ranger, this season to become a professional service dog for a child with autism.

In partnership with BluePath, @NYRangersPup will be training to become a professional service dog for a child with autism.

Learn more about the path that Ranger is on ⬇️ pic.twitter.com/p5nCJj3e4P

We won’t see Ranger in any actual game action, but he’s already winning over the hearts of Rangers fans and other fans across the league.

RangersTown, meet our new best friend, Ranger! In partnership with @bluepathdogs, @nyrangerspup will be training to become a professional service dog for a child with autism. Learn more about the path that Ranger is on here. #NYRPupOnAPath

Ranger even has his own Twitter and Instagram accounts, and the team has already provided an adorable bio for their newest member.

Some barkground on me:
I’m a Lab.
Born on 1/31/18.
My first collar was blue and now I get to be a Blueshirt!
My pre-game treat is peanut butter!
I’m learning to handle pucks!
I love to take the subway to MSG!#NYRPupOnAPath pic.twitter.com/wn3ViGtqQY

You don’t need to be a fan of the Rangers to be on board with this initiative.