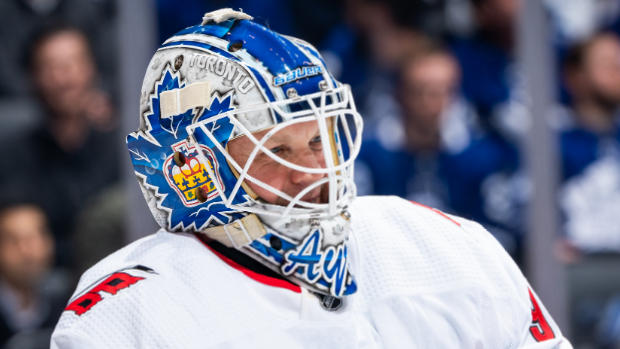 The Toronto Maple Leafs are flying high so far in 2021, sitting on a 14-3-2 record with a healthy margin atop the North Division. While it certainly feels like the Leafs are a different team than they’ve been in year’s past, it really wasn’t that long ago that they were suffering humiliating losses.

Sure, losing 6-5 to the Ottawa Senators after leading 5-1 sucks. Also, getting eliminated by the Columbus Blue Jackets to not even make the 1st round of the playoffs is tough too. But the crème de la crème happened on February 22, 2020.

His name is David Ayres.

He has a locker display in his living room with #gocanesgo jersey & gm equipment as a reminder of his lone #nhl gm. He’s consulting with writers on a planned Disney movie on his story. Exactly 1 yr after his EBUG heroics, life ain’t bad for David Ayres. https://t.co/wDQefTg7Ts pic.twitter.com/HgIIoZP8yk

David Ayres was a maintenance worker for the Toronto Marlies, famously driving the Zamboni for the team. He was called into the game on an Emergency Backup basis after two Carolina Hurricanes goaltenders, James Reimer and Petr Mrazek, were injured.

Wearing Kasimir Kaskisuo’s old pads, Ayres stopped 8 of 10 shots from midway through the 2nd period onwards and defeated the Toronto Maple Leafs. To add to all the irony, he was wearing a Leafs t-shirt underneath his equipment.

It’s safe to say a legend was born that night, and everyone wanted a piece of him.

A sampling from the first two days of the Dave Ayres Media Tour. pic.twitter.com/sLrlUrOrzY

The whirlwind would continue, with Ayres being named an honourary North Carolinian. On top of that, his goal stick was sent to the Hall of Fame as the first Emergency Backup to record a win.

While it’s perhaps still a little fresh for Leafs fans, it’s still an overall feel good story about a Marlies practice goaltender and maintenance worker finding his way into the spotlight, and actually coming through successfully.