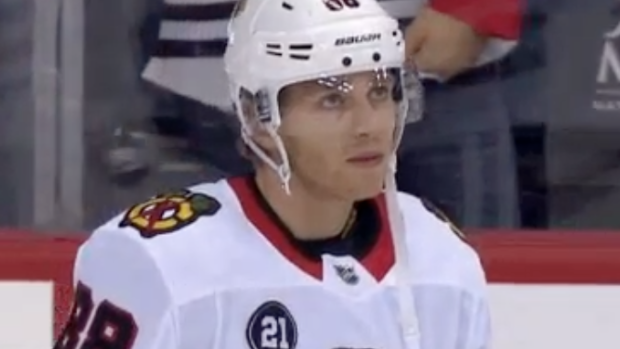 You never expect to get with a puck during warmups, but it can happen and when it does, it's usually not a great feeling because you're not expecting to get hit, so you can't truly brace yourself.

Wednesday night, Patrick Kane found that fact out the hard way when an errant puck hit him right in the face as he was warming up for Chicago's game against Washington.

Here's Patrick Kane getting hit in the face with a puck during warmups. pic.twitter.com/5AccoPSmeZ

It's always the pucks you don't expect to hit you that hurt the most.

We're not sure if this would make Kane feel any better, but someone put Wii music under the video of him getting hit and it sounds a little more pleasant.

Patrick Kane getting hit in the face with Wii music pic.twitter.com/fSofQR8lXr

What won't make him feel better is that the Hawks lost for the 5th time in 7 games.