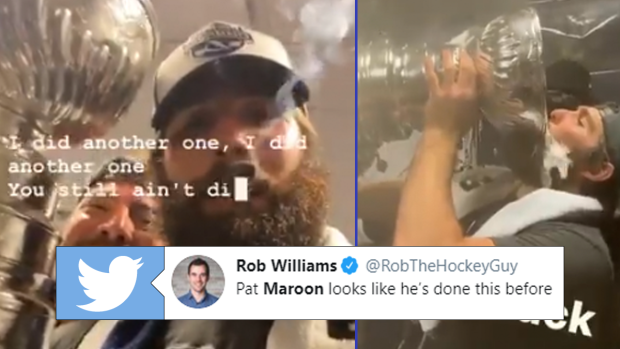 Patrick Maroon just back-to-backed and the hockey world is absolutely loving it. The likable big man won with the St. Louis Blues last season on a one-year deal, and then made his way over to Tampa Bay on a one-year deal and promptly won Lord Stanley’s mug again.

He’s not necessarily the prototypical player you’d think of when you think of what it takes for an individual player to go back-to-back with two different teams but hey, can’t argue with facts!

Following the Cup presentation, Maroon emerged as the life of the party in the Bolts dressing room. We’ll just let the videos do the talking…

Enjoy it, bud! We’ll see who signs you to a one-year next…