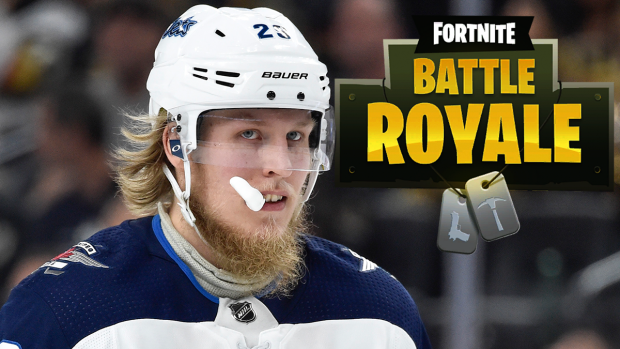 Patrik Laine is an elite scorer in the NHL and based off of how much he talks about playing video games and how much he chirps Nikolaj Ehlers for his video game skills, we assume he’s an elite gamer as well.

Far and away the most talked about game this NHL season has been Fortnite. Basically every NHL team has some players participating in the Battle Royale game, with Laine being one of the most dedicated players around. When you’re good at the game, there tend to be some more “amateur” strategies that people look down on and one of them is bush camping.

When asked about the strategy in a behind-the-scenes video with the Winnipeg Jets from when their season was still alive, Laine was pretty blunt in stating “That’s embarrassing”.

If you’re still not sure what bush camping is, there are bushes all over the map in Fortnite (You can also get a bush as an item) and if you crouch in them, you’re largely unnoticeable.

Especially in solo mode, you’ll find that some people choose to just hang out in a bush all game and hope to last until the end of the game. It goes against the spirit of the game, but it’s hard to argue with results. Laine made it pretty clear that he does not use this strategy at all.

We’re sure Laine has been playing a lot more Fortnite now that his team has been eliminated from Stanley Cup contention.