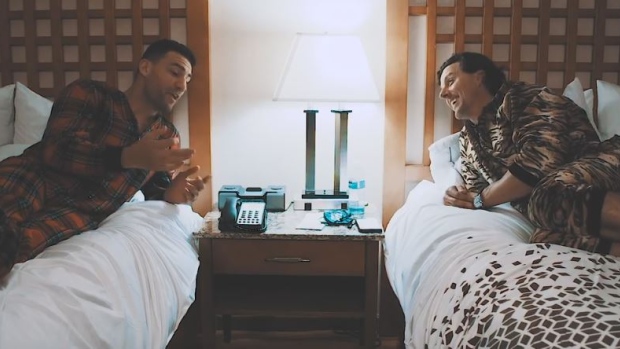 Former NHLers Paul Bissonnette and Tyson Nash currently work with the Arizona Coyotes’ broadcast team, so they spend a lot of time together throughout the season. So much time together that they decided to start their own web series called ‘Pillow Talk with Biz & Nasher’.

In the latest segment of the series, Biznasty shares a story with Nash about the time he earned an unexpected visit to a fancy party with very special guests and how his encounter with Red Hot Chili Peppers lead singer Anthony Kiedis did not go as he had hoped.

Perhaps Kiedis just wasn’t feeling the joke and the offer from Biz, or maybe he was just in another state of mind. Either way it’s too bad he didn’t take up the former NHLer on his offer because the story would have gotten even better from there.