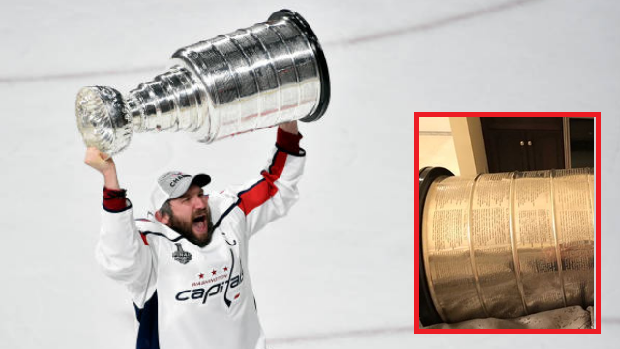 Ovi hasn’t been private about his festivities over the past couple of days. The guy has essentially done everything he could possibly do with the Cup while rocking a bit of a buzz a in the process. He’s captured the festivities in his Instagram story, and after admitting to catching hardly any sleep since hoisting the mug for the first time on Thursday night, he crawled into his bed with the trophy and got some shut-eye.

He made sure to catch a picture of himself with Stanley’s Mug right before he called it a night, too. Guess Mrs. Ovechkin took the previous photo?

If you haven’t been following his life over the past few days, you’ve missed out. Here’s a look at what he’s been up to.

Ovechkin brought the Cup on stage with @tiesto 😂😂 . (Via: Twitter/LasagnaLiana)

Like the guys wasn’t going to do a ‘keg’ stand, too.

#Ovi got some help to take a quick drink out of the #StanleyCup . (🎥: tonyandjoes/Twitter)

Give Ovi a follow on Insta if you haven’t already. The guy has been pure entertainment.