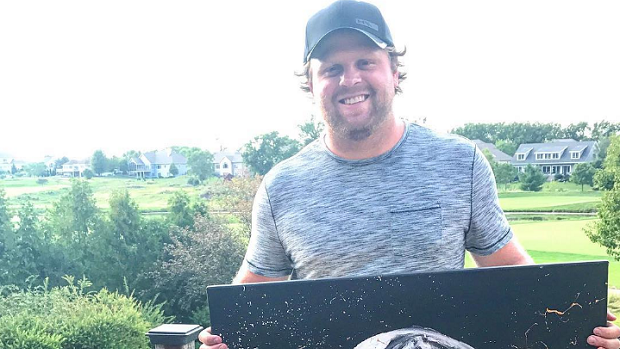 Phil Kessel might have the best sense of humour in the entire National Hockey League.

His main contender is Roberto Luongo who tweets out gold every time he picks up his phone, but Kessel just has that natural ability. Whether he’s trying to be funny or not, he ends up in hilarious situations and saying hilarious things. He’s even funny as a meme.

That is Phil Kessel’s most famous photo. It’s been used in countless different memes including probably his most popular version, that fills up hockey social media timelines every July 4.

In one single day with the Cup, Phil Kessel took two of our favourite Stanley Cup photos ever, and he even included a homage to one of our other favourite photos in this new set.