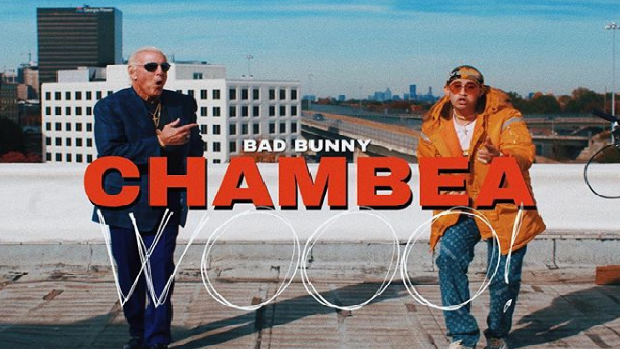 Everything is starting to get back to normal for WWE star Ric Flair.

Earlier this year, ‘The Nature Boy’ suffered heart-related issues that gave his family and fans a serious scare. Slowly but surely, the 68-year-old completed his road to recovery and ultimately gained his strength back.

I'm Backkkk! Thanks To Everyone For The Support These Past Couple Weeks. Just When You Thought You Could Count The Naitch Out.... Guess What? I Ain't Dead Yet Mother F**ckers! WOOOOO! @ricflairshop

The Energetic Flair is already back to his hilarious antics, this time with an appearance in a rap video. Puerto Rican hip-hop artist Bad Bunny had the wrestling icon introduced in the beginning of his video, and the song has already racked up 480,000 views on YouTube.

How ‘bout those dance moves? It’s safe to say that Flair has made a strong recovery since his medical procedures.

For those unfamiliar with Bad Bunny, the San Juan native has quite the following on social media, including 4.5 million subscribers on YouTube, 6.9 million followers on Instagram, 240,000 followers on Twitter, and 317,000 followers on Facebook. At 23 years of age, the artist has already been nominated for a Latin Grammy Award for best urban/fusion performance and the Premio Juventud for breakthrough artist. Flair’s appearance should only help increase his following.

Flair has been the subject of multiple music videos in the past. He hasn’t necessarily starred in them, but has seen his name as the title of numerous hit tracks, including raps by Killer Mike, LSA and Mike Hardy. All of the songs are entitled ‘Ric Flair’.

Nothing seems to be able to stop the highly energetic star, and his fans couldn’t be happier to see him entertaining the world again.