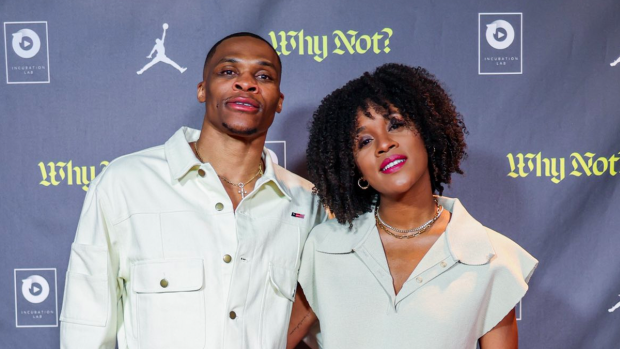 Russell Westbrook has been a constant pillar in his community. From Crenshaw California, the outspoken baller has always given back and given people a mantra to live by, why not?

Why not you, why not now, these are things Westbrook asks of his fans through his slogan and he is proving that even to himself. Produce a short film, why not? He did it and the premier was tonight.

Dream beyond expectations #whynot Last night we celebrated the premiere of the short film WHY NOT? It is inspired by a mentality that I honor in all aspects of my life. Proud of the cast & crew for telling a story about finding your purpose & owning it. This is just the beginning pic.twitter.com/fznW9op8lL

Westbrook spoke about the film and what the message is meant to be.

"Why not?" by Russell Westbrook 🎬

Russ is teaming up with Jordan and Sony to produce a new short film.

The film aims to elevate Black storytellers, showcase the culture of LA’s Crenshaw neighborhood, and shed light on youth in marginalized communities.pic.twitter.com/6WZTliB3Xw