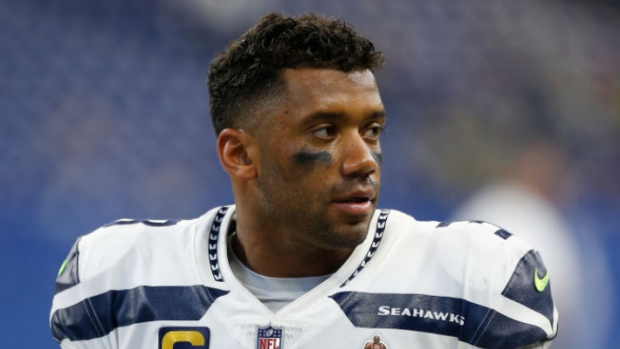 Former Navy football star in the 1920’s, and later coach, Tom Hamilton once famously said “a tie is like kissing your sister.”

While the quote is a little blunt, it certainly conveys a tone for the feeling teams get when their game ends in a tie. Even underdogs go home feeling like they could have gotten more, and unless it’s some playoff implication there usually aren’t a lot of fans celebrating ties either.

Of the major four North American sports, football is the only remaining one that allows ties after the NHL adopted shootouts in 2005. The MLB and NBA simply play until there is a winner, no matter how long it takes.

Seattle Seahawks quarterback Russell Wilson joined the “ManningCast” during Monday Night Football where he explained his disdain for ties.

Russell Wilson on the ManningCast talking about overtime in the NFL: "This thing drives me crazy. We go into overtime and play the 10 minutes, and if no one scores, we all end in a tie and everyone goes home? How terrible is that?"

Wilson wasn’t simply spewing out unproductive venom, though. No, no, no. Russell has an idea of how to approach deadlocked football games.

Russell Wilson hates OT ties (surprise) his proposal in overtime ties: whoever wins the coin toss chooses to kick on their own, or chooses the other team to kick from 35yds for the W. Thoughts?

It's actually not the first time Wilson has brought up the idea. Back in 2016, Wilson explained his idea in more detail. (via ESPN)

"I just think that if you play that long, you're putting your lives on the line. You should find a way to win. I don't like ending in a tie."

The idea definitely brought a mixed bag of thoughts…

I hate ties just like the next man but we all agree Russell Wilson’s OT idea is terrible, right?

Russell Wilson talking about hating ties and how the NFL OT rules allow for games to end in a tie. Not sure I like his suggested proposal, though, which was somewhat cutoff by commercial.

russell wilson wants the second overtime to just be a bet on the kicker 😂😂 i love it. ties are stupid

What do you think? Let us know your opinion @BarDown!