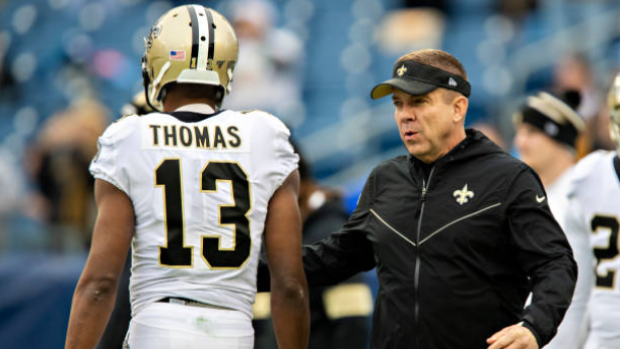 It certainly hasn’t been the season Michael Thomas and the New Orleans Saints were hoping for coming off his reception record-setting 2019 campaign. After a very pedestrian Week 1, Thomas has been dealing with injury and team discipline after a conflict with a teammate.

When there’s thunder, there’s often rain. With Thomas still trying to put the pieces together, trade rumours began to swirl. Saints coach Sean Payton was quick to shoot down those reports with one simple tweet.

Well, there’s nobody more in the know than Payton. It’s possible that he’s just throwing up a smoke screen to help avoid distraction, but if this tweet does mean anything fans probably shouldn’t be expecting a trade to develop any time soon.