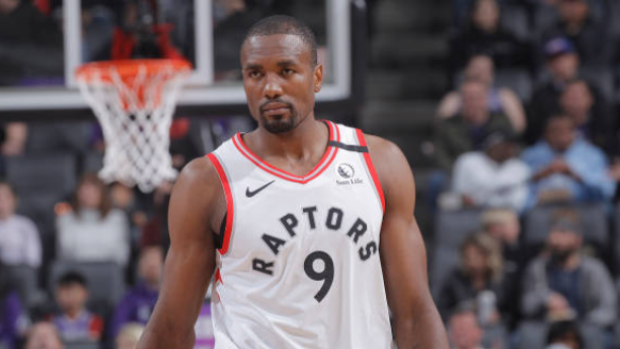 Finally, NBA fans can see the light at the end of the dark, multi-month tunnel of no playoff basketball. After COVID-19 precautions forced the league into hiatus back in March, we now have a plan to return to play. Of course, it’s not quite the same as it would’ve been pre-pandemic…

The league is essentially pulling off The Simpsons Movie plot by placing the players in a hypothetical bubble. On top of the massive bubble consisting of a ridiculously potent basketball skill level, players are going through lots of precautions in an attempt to squash risks surrounding the deadly virus.

One of those precautions, perhaps the most obvious, is getting tested. For those that have gotten the test, you know how uncomfortable it is. Sometimes it’s a swab up one nostril, sometimes it’s two. Sometimes you also get your throat swabbed. In the case of the NBA, players are going for the works.

Serge Ibaka took to TikTok to show exactly what each of the players is going through.

Does not look fun, but hopefully it will open the door for maximum fun come playoffs. For Serge, he’s hoping for maximum performance as well – gotta go for the repeat after all!