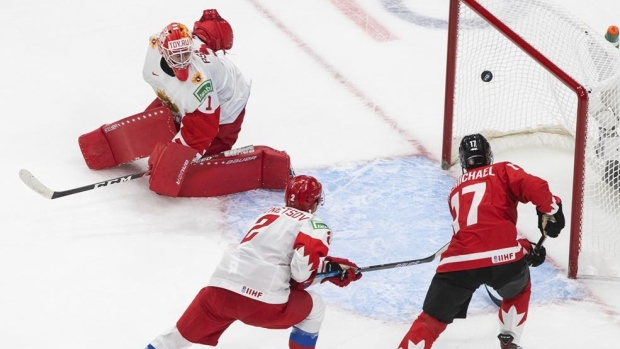 Canada to play for gold after downing Russia 5-0 in semifinals Article Image 0 , The Canadian Press

After meeting in the gold medal game of last year’s World Juniors, Canada bounced Russia from the World Juniors for the second consecutive year, doing so this time in the semi-final round in a 5-0 win.

Canada will take on the United States in the gold medal game, in what is going to be a matchup between two of the most dominant teams so far at the World Juniors.

As for Russia, well, it doesn’t seem like everyone is too pleased with their World Juniors performance. Slava Fetisov, one of the most decorated Russian players in NHL as well as national team history, weighed in with some despair over the talent level of this year’s squad.

A despondent Slava Fetisov says that no single Russian player would make Team Canada at the #WorldJuniors https://t.co/ZznmIPULal

Russia has lost two of their six tournament games, including a round robin game against the Czech Republic as well as the semi-final game to Canada. Of their skaters, Rodion Amirov is the only Russian player to maintain a point-per-game pace, and the Russians also carry 2019’s tenth overall pick Vasily Podkolzin on the roster.

If it’s any consolation, Russia isn’t the only team that has failed to get anything past Devon Levi at the World Juniors this year. Like we said, this version of Team Canada looks DOMINANT.