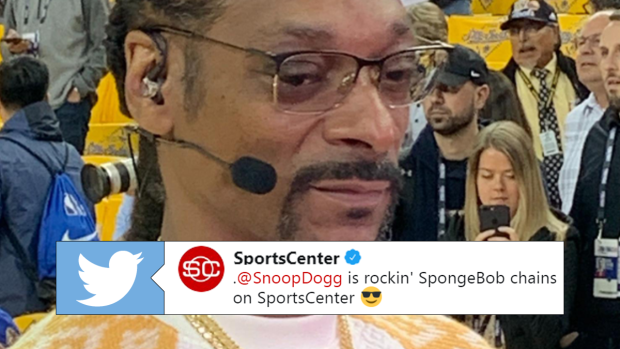 Snoop Dogg has had one of the more interesting lives imaginable. From rapping, to acting, to general ridiculousness, Snoop has basically done it all. Now 47 years old, he’s still finding screentime just about anywhere he went.

He’s also making a run at Drake for talked about outfits. For Game 4 of the NBA Finals, Snoop once again found himself dancing, dropping, and showing off his unique SpongeBob chains.

Snoop Dog’s SpongeBob SquarePants chain is the most enjoyable part of tonight’s game so far, so far pic.twitter.com/MokUjhREyl

Are you listening, @KingJames??? pic.twitter.com/i5OPa6ZEmp

What do you think of Snoop’s swag? No matter what you think, you can’t say the guy isn’t entertaining.