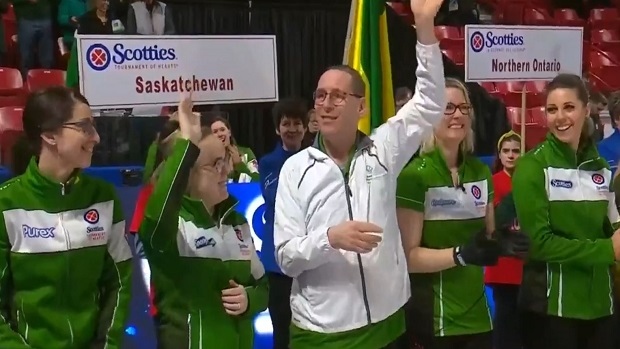 The Scotties Tournament of Hearts is currently taking place in Moose Jaw, Saskatchewan.

During the opening march before Draw 13 on Wednesday, the Scotties teams teamed up for something very cool as they were accompanied by Special Olympic curlers.

We’re not sure how they decided on this, but it’s a very thoughtful gesture by all of the teams and one that was appreciated by everyone involved. You’ll be able to watch the curlers in action next week when the Special Olympics get underway in Thunder Bay.