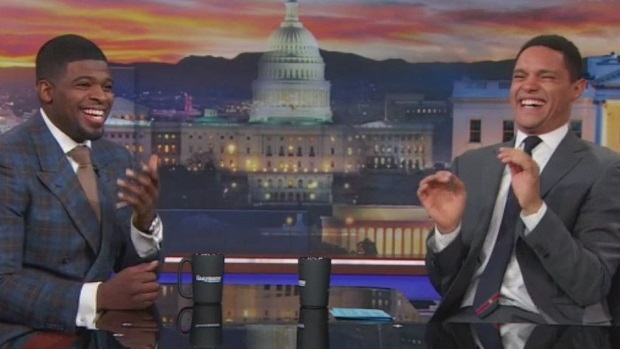 Nashville Predators defenceman P.K. Subban has become quite the celebrity over the course of his NHL career and he’s not showing any signs of slowing down anytime soon.

On Wednesday night, Subban tried something new as he made his first guest appearance on The Daily Show with Trevor Noah.

Here we go!! Make sure you tune in tonight to #TheDailyShow with @trevornoah ... this should be fun ☝🏿😂

The 28-year-old defenceman hasn’t been on many talk shows over the course of his NHL career, but he looked and sounded like a regular during his time on The Daily Show with Trevor Noah.

Subban discussed his time in Montreal, making the move to Nashville and what it was like to go to the Stanley Cup Final, his off-ice charitable initiatives, the NHL All-Star Game and much more.