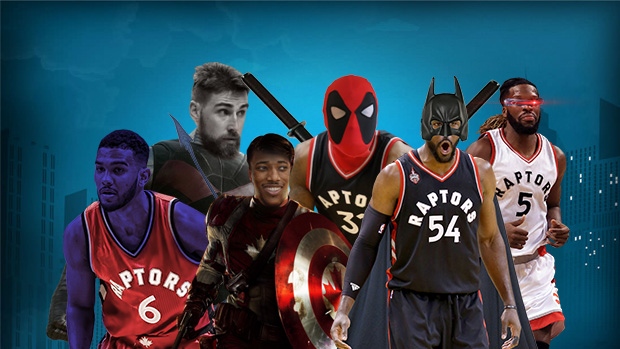 "I'm Wolverine, man. You know Wolverine? I'm Wolverine, except for when I die, I'mma just die." - Kyle Lowry after tweaking his ankle early in the Jan. 5 win over Utah, only to score 16 of his 33 points in the fourth quarter.

In light of Lowry's recent revelation that he is in fact X-Men's Wolverine, we enlisted the services of Terrence Ross - the Raptors' comic book expert - to determine the rest of his teammates' superhero alter egos.

Ross got into comics a couple years ago. A fan of the superhero movie genre, he was curious how the films held up to the original source material.

"There's a little comics place [in] downtown [Toronto] that I go to all the time and they give me a whole bunch of comics and I just [read them] one by one," said the 25-year-old guard. "I even talk to some of the writers who come up with all the big time comics, I call and hit them up and get them to send me stuff. I don't know, it's just really fascinating - the whole story, the whole history behind it, there's a lot of heroes."

"I have a lot of comic books. I'm always bringing my comics to the gym because some of the trainers like to read them. So every road trip I bring like maybe four or five different new ones, give it to them, let them read it. I have maybe 20 comics or more at the house, like in the archives, but on my phone I have the comic app where I have hundreds of them."

"I mean people think comics are just little kids [stuff] but at the same time they're really good stories. It's just fun to imagine if you had a superpower what you would do with it." 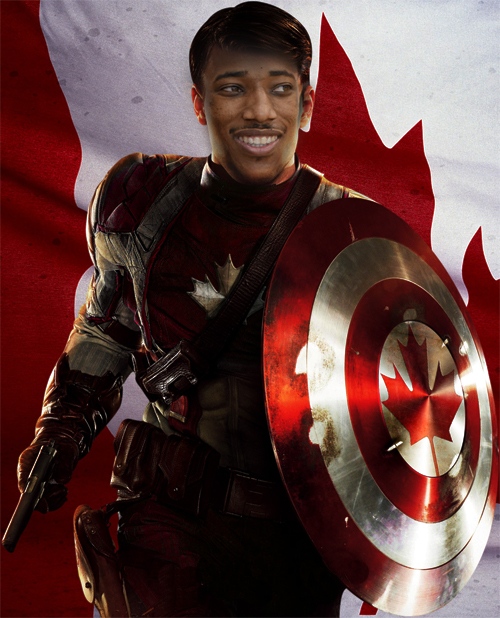 "Captain America does a little bit of everything," Ross noted. "He's like the first, original superhero. He's kind of like the leader of the rest of the superheroes, a throwback. DeMar's been here the longest, Captain America's been around one of the longest." 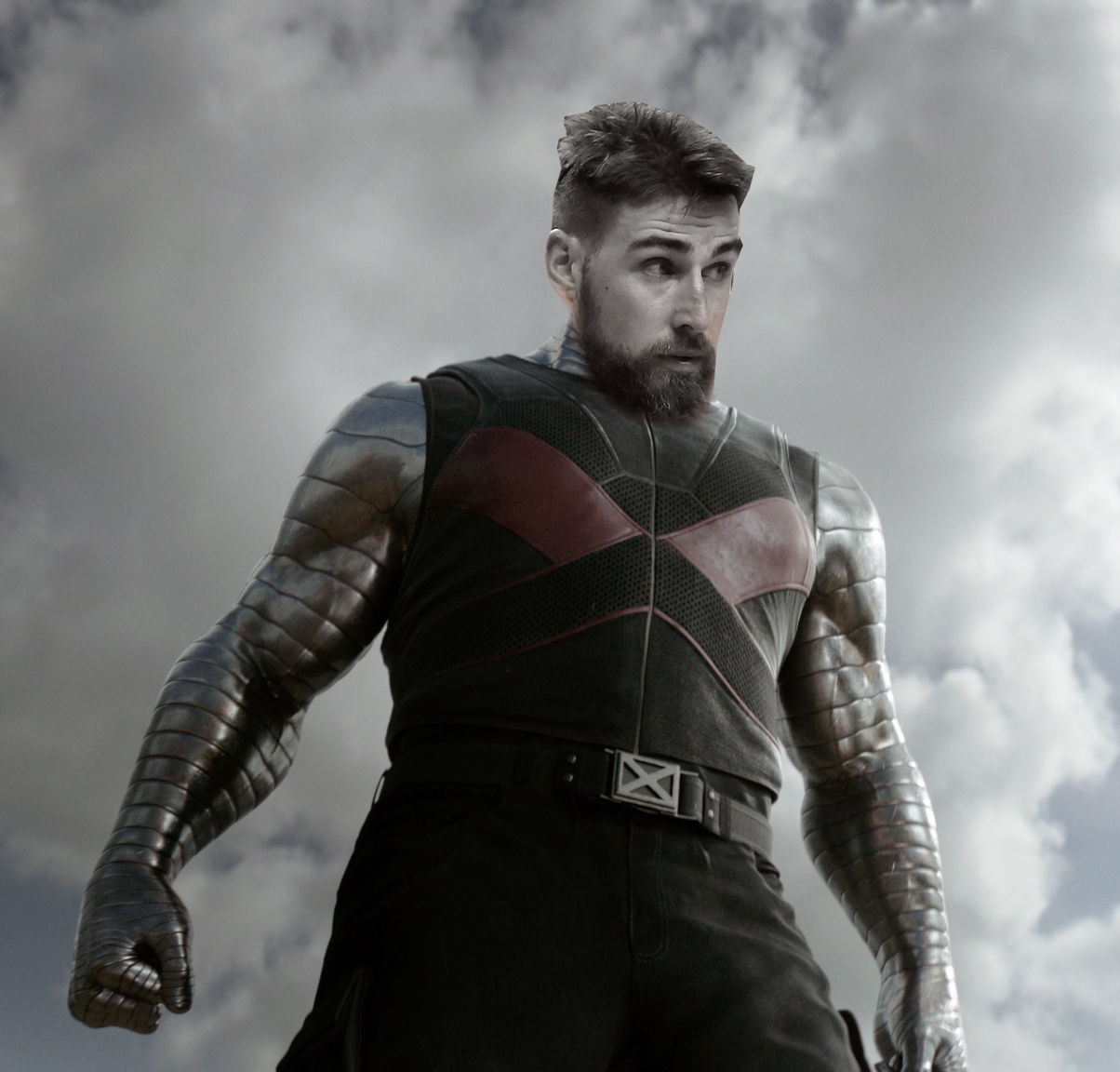 "Colossus, the big European guy with the accent. His entire body turns silver and shiny, like metal. He's like 6-9 but in this case he'd be 7-feet. Colossus is from Russia. Even though [Valanciunas] is not from Russia, he's European, it's close enough. They have an accent so it's all good." 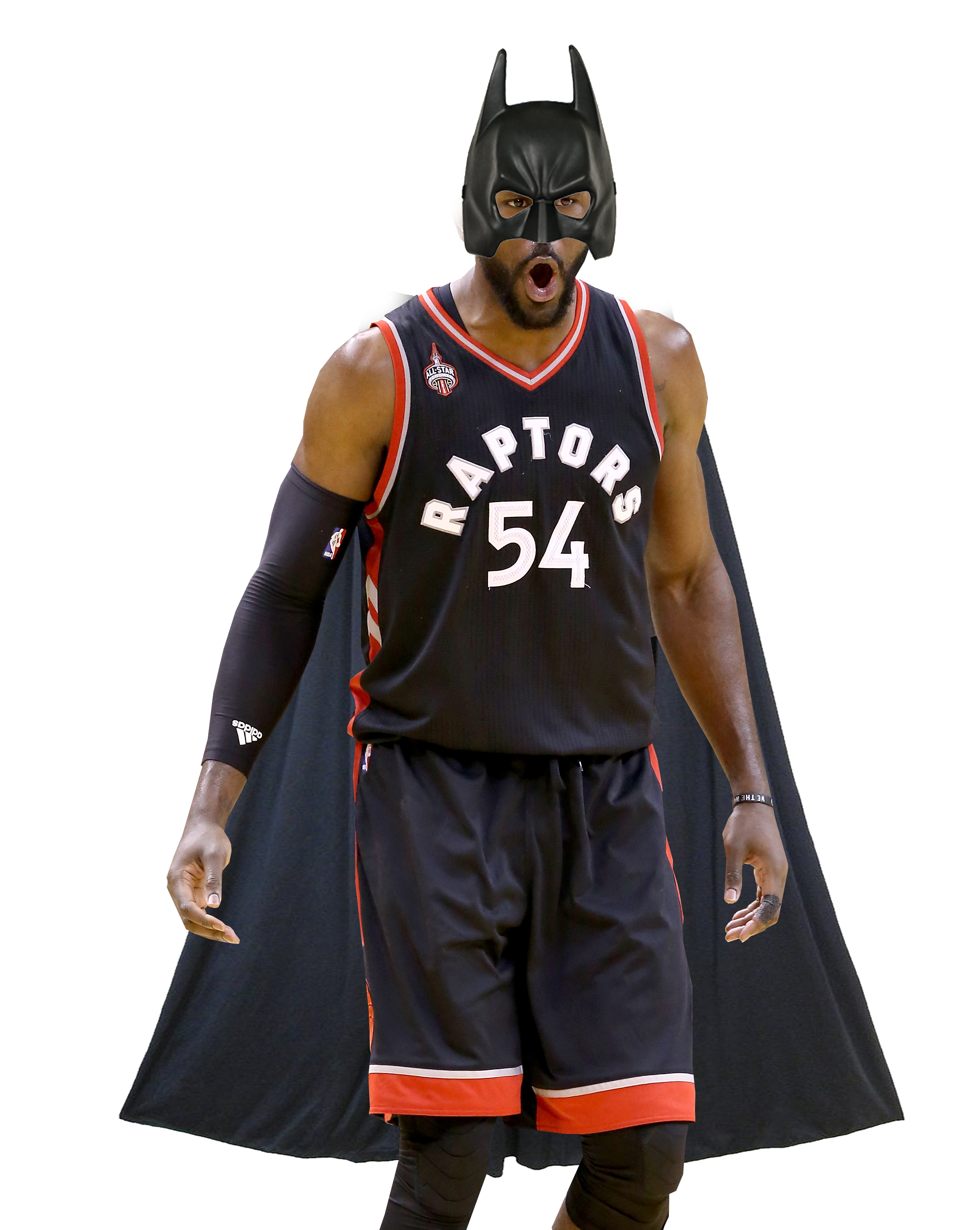 "Patman. Pat. Batman. [He's got] the voice and everything."

"Cyclops is pretty old but he's also a very effective sharpshooter with his eyes. Just like DC, a sharpshooter, especially lately because he's been knocking everything down." 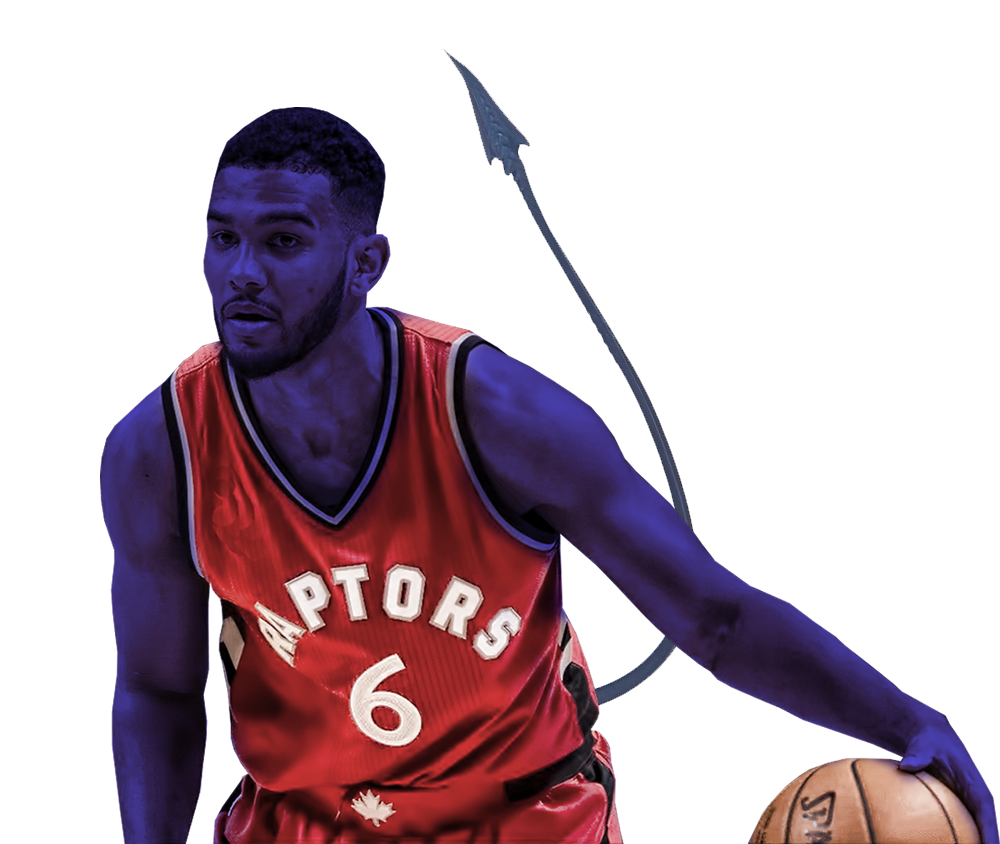 "Cory's shifty. He's all over the place. He likes to go in circles. He ends up in places he already started when he does his little dribble from one side of the paint to the other, then spins back around." 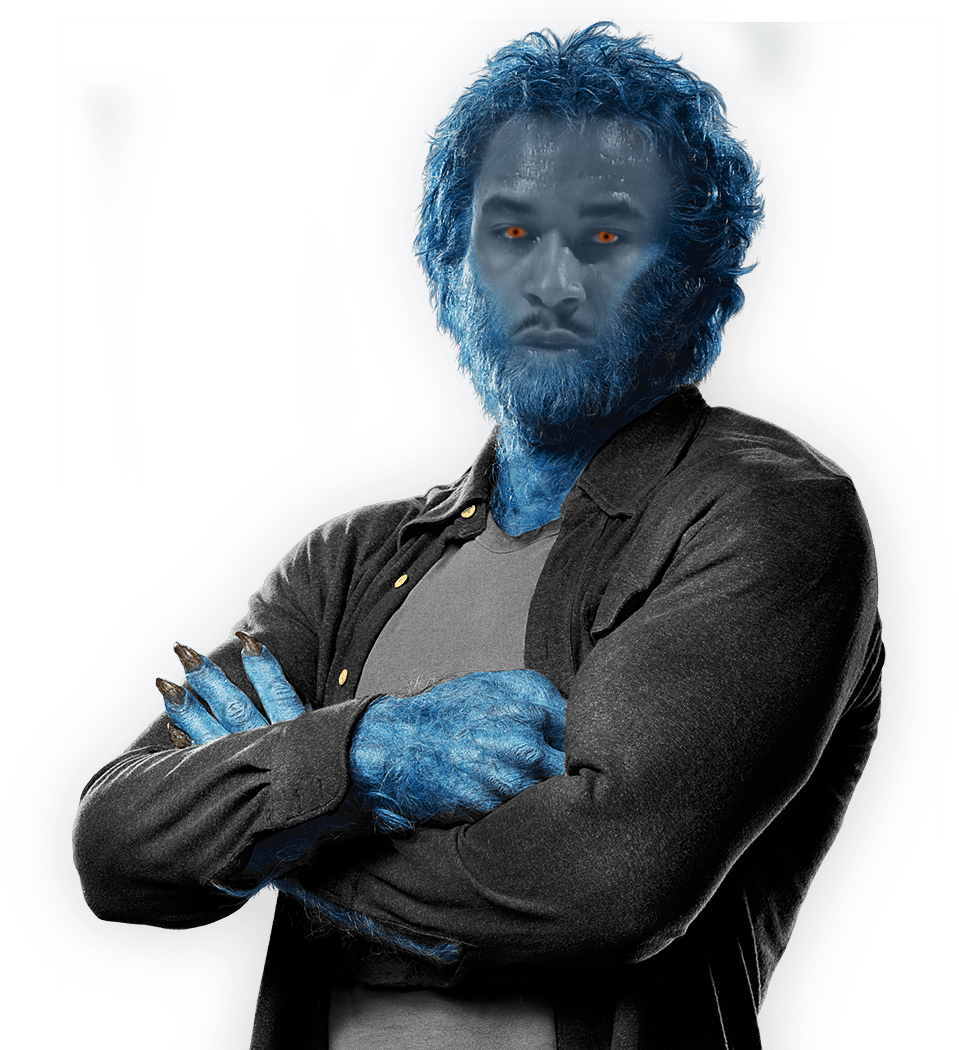 "The IQ, coming up with the defensive schemes and all that. Even though he's hurt he's still always giving us the IQ part of the game." 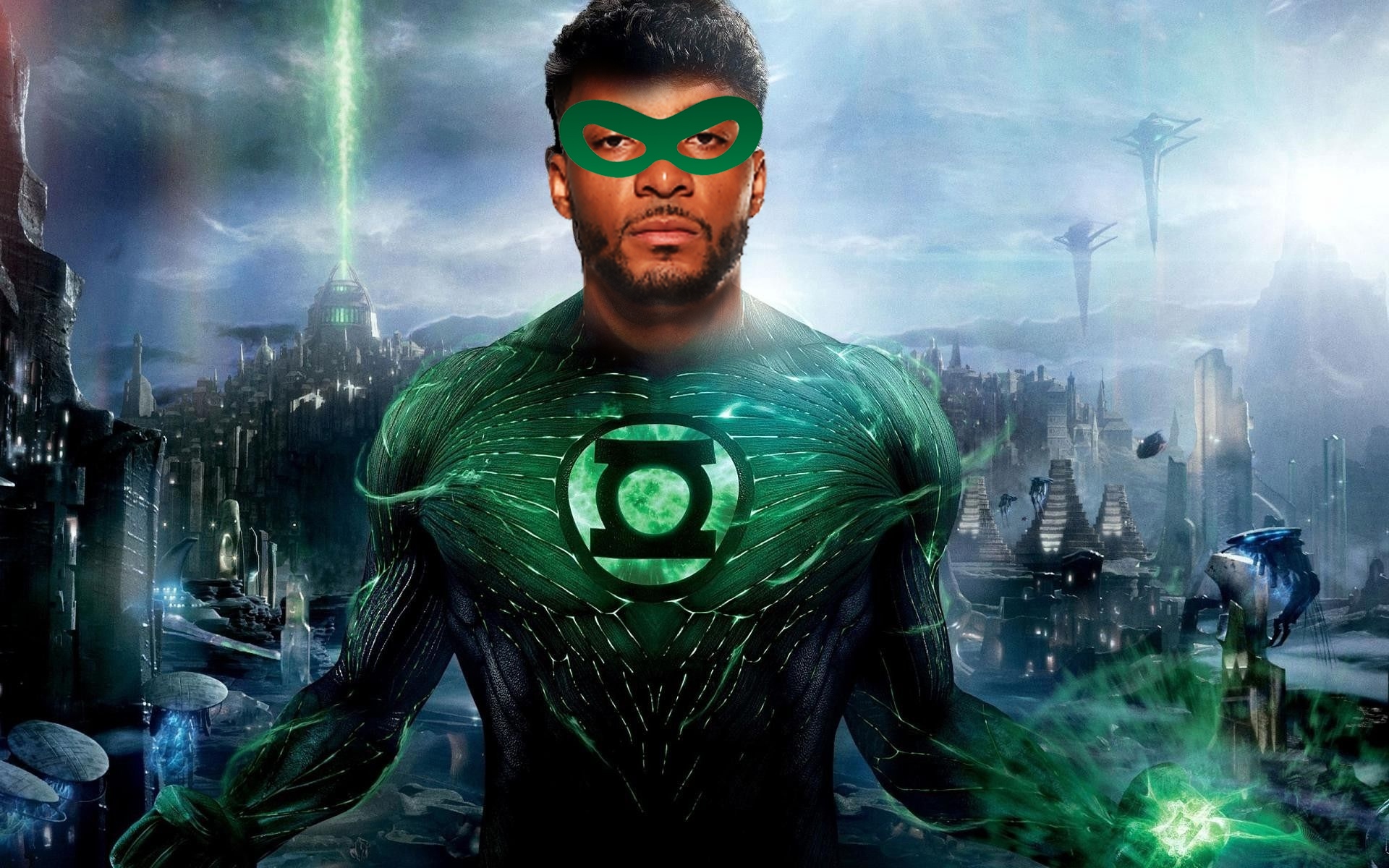 "Norm has a lot of different things he can do. He rebounds, he can score, he's athletic, he plays defence. Green Lantern can kind of does a little bit of everything - he can fly, he can create things. Norm creates a lot of something out of nothing, he's kind of like DeMar's little Mini-Me. He creates a lot of something out of nothing. Even when he looks like he's just kind of dribbling, he'll just keep going until he gets to the bucket or he'll pull up or just something you wouldn't expect him to do. It's kind of like Green Lantern, whatever you can think of he can do." "He's always hustling and all over the place."

"We'll put him as the Juggernaut since he dunked on somebody." "He can be any one of the Robins. We'll put him as Pat's sidekick." 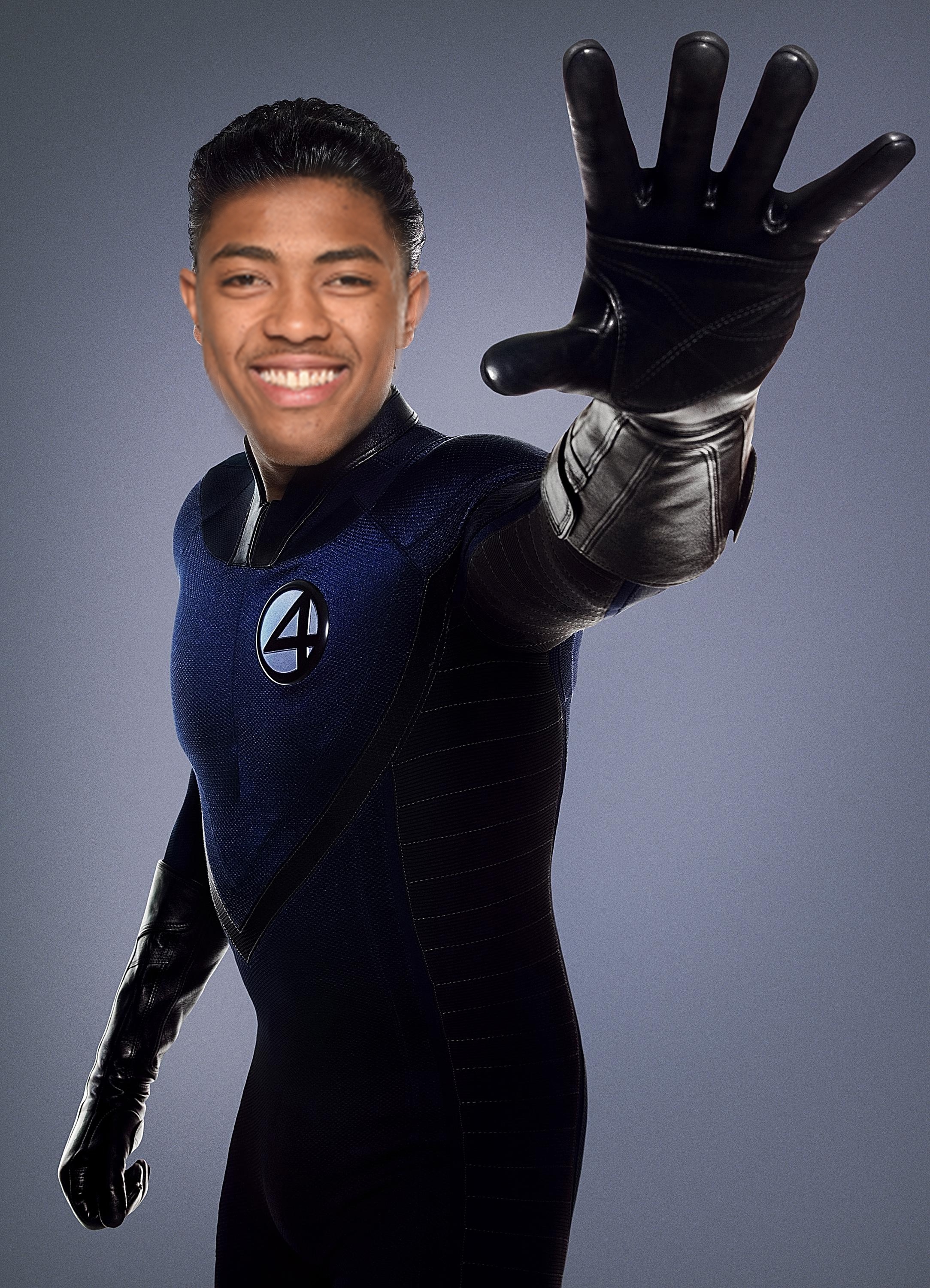 "I'm just the craziest one out of them all, I think. I mean, I feel like I never get hurt and even if I do I'm only hurt for a little bit - just like Wolverine he has a nice little regeneration factor to him. He's a little crazy. I shoot the contested, crazy shots and make some of them, do the weird, crazy dunks mid-game. That's kind of like how Deadpool is. He's the dude with three voices in his head, kind of crazy, always playing around. So I think for sure I'm Deadpool because I'm always talking somebody's ear off."