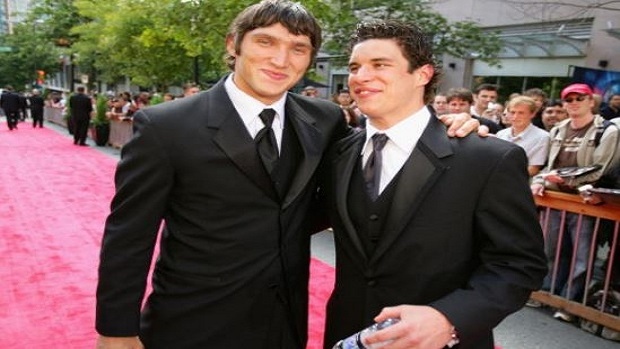 This year’s NHL rookie class is one of the best we have seen since the year 2000.

Heading into the Monday night’s action, Patrik Laine and Auston Matthews lead the way with 61 points apiece, and there’s a chance we can see four NHL rookies finish with 60 or more points this year since William Nylander and Mitch Marner both sit at 57 points apiece.

This year’s rookie class is without a doubt one of the best ones we have seen in the last 17 years. Here are five other NHL rookie classes that were beyond impressive.

We’re most likely never going to see a rookie class produce the way the 2005-06 rookie class did ever again. After all, when the class consists of Sidney Crosby and Alex Ovechkin, it’s pretty tough. This rookie class had two players finish with more than 100 points, Brad Boyes finished one point shy of 70, two players reached the 50-point mark, and eight players had 40 or more points.

The following season’s rookie class was another great one. The Pittsburgh Penguins looked more dangerous than ever, as Evgeni Malkin followed up Crosby’s rookie season performance with a spectacular one of his own by putting up 85 points. Paul Stastny finished close behind with 78 points and Anze Kopitar put up 61 points on a pretty terrible Los Angeles Kings team. Wojtek Wolski reached the 50-point mark, while four players recorded more than 40 points.

The future continued to look bright for the NHL, as a third straight rookie class came through for the league. Patrick Kane and Nicklas Backstrom led the way with 72 and 69 points, while Jonathan Toews and Peter Mueller finished in a tie for third with 54 points apiece. Sam Gagner finished one point shy of 50 on the season, while Andrew Cogliano and Brandon Dubinsky each hit the 40-point mark.

More great rookies entered the NHL between 2008 and 2014, but the 2014-15 rookie class was the best one the league saw in a while. Mark Stone and Johnny Gaudreau gave Canadian hockey teams some new life as they finished tied for first with 64 points. Filip Forsberg finished one point behind with 63, while four other players scored 40 or more points.

They say history repeats itself and that’s what’s starting to happen in the NHL. For the second straight season, the NHL had another spectacular rookie class make their debuts. Artemi Panarin came out of nowhere and lit the lamp in Chicago, scoring 30 goals and totaling 77 points. Both Jack Eichel and Max Domi scored more than 50 points, while five players finished with 40 or more points. Connor McDavid’s season ended early, or else he would have had at least 60 points on the season.