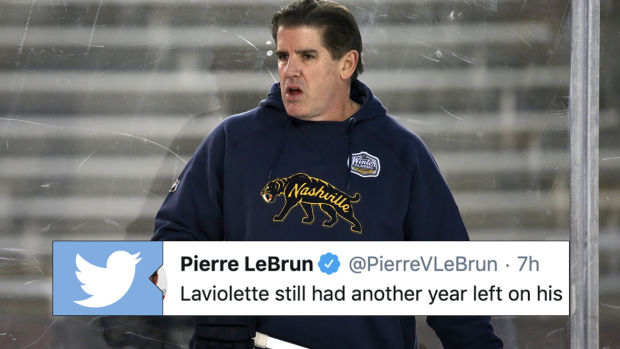 Tuesday morning, we got some coaching news in the NHL as the Washington Capitals named Peter Laviolette their new head coach.

He's the 19th coach in Washington's history and he's being paid handsomely to coach the Caps.

Laviolette deal as per source worth just under $15 M in total so salary in the high 4’s. Pretty good deal in the new Covid-affected NHL economy

Washington also did Nashville a solid in the process of hiring Laviolette, who was due $2.5 million from his former team.

Laviolette still had another year left on his old Predators deal at $2.5 million. I’m told going forward the Caps are picking up all of that. Preds are off the hook. https://t.co/YbKiqTrQCe

Don't forget to send the Caps a 'Thank You' card Predators fans, unless Washington beats your team in the Stanley Cup Final next year....then don't.