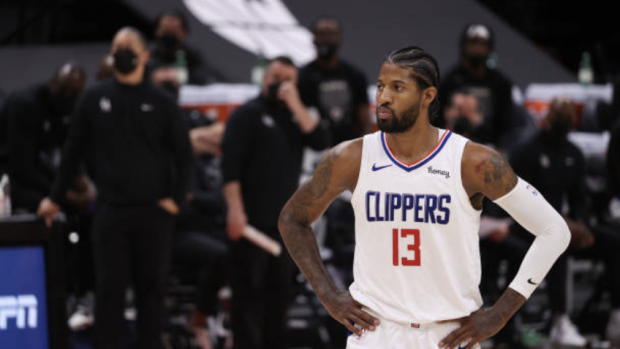 It’s that time of year folks!

The time when Paul George’s demons come back to haunt him in the playoffs.

During the regular season, everyone always looks forward to the Clippers 7-time all star to exceed in the postseason. Paul George initially had such a successful reputation in the playoffs that he was given the nickname, Playoff P. However, after underperforming in the 2020 playoffs, NBA fans began calling him Pandemic P.

After a tough 112-109 game one loss to the Utah Jazz, fans are claiming that he may have earned his old nickname back.

They wasted NO time with the PG memes.

Paul George after seeing people call Porzingis Pandemic P instead of him pic.twitter.com/PwLZxJ6FEH

The guy struggles ONE TIME and he’s trending on twitter in a matter of seconds.