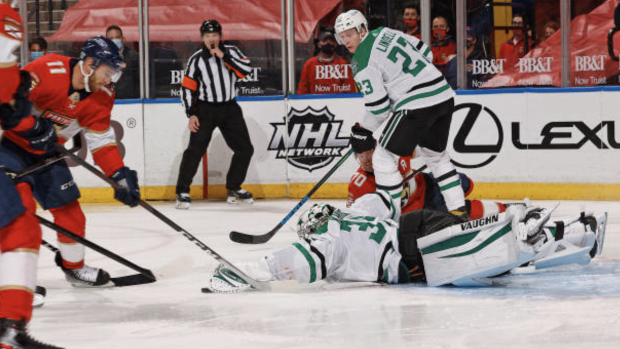 Breaking records, it’s something that all athletes strive to do.

But sometimes, there are just a few records that you just don’t want to touch and sadly for the Dallas Stars, that unfortunate reality played out Monday night as they faced the Florida Panthers for night one of their three-game series.

As Aleksander Barkov buried an empty-net goal in the third period to secure the Panthers 3-1 win over the Stars, the franchise was able to tie their record for the most shots they have ever given up since their relocation from Minnesota to Dallas.

The Stars gave up 52 shots, tying a previous record since their move in 1993, though Stars fans were more than likely biting their nails in hopes to not break that record tonight.

One Twitter account, in particular, had noted that Barkov’s empty-netter was in fact the 53rd shot of the game.

Barkov's empty-netter is Florida's 53rd shot of the game. That's the most the Stars have given up since moving to Dallas.

Yikes, yikes, yikes. Things you hate to see: THAT.

Being outshot by 30 goals isn’t exactly ideal for anyone, but honestly, the fact the score only ended up being 3-1 isn’t AWFUL. We have to look at the positives here!

Honestly, thank goodness for Anton Khudobin for keeping the score close until those final seconds. It was one of his best goaltending performances and he was an absolute rock star tonight.