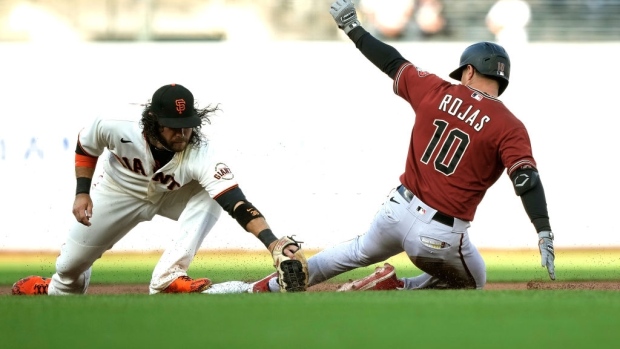 We need to hand it to the Arizona Diamondbacks social media team for being good sports because whatever the team is producing on the field is bananas.

The D-Backs 10-3 loss to the San Francisco Giants Thursday afternoon was not just your typical “pain” and “suffering” kind of deal that would come with a losing streak.

The Arizona Diamondbacks have lost 23 straight road games, breaking the MLB record that was set by the A's and Mets in 1943 and 1963 pic.twitter.com/WE8bDKzaep

The D-Backs last win was back in May when star player Madison Bumgarner put up a 7th-inning no-hitter all the way back in April.

The Diamondbacks now own MLB's all-time record for consecutive road losses with 23.

With that, the D-backs have been downgraded to the F-backs.

Arizona Diamondbacks lost their 23rd consecutive game on the road today, a new MLB record -- however, their social media team is undefeated https://t.co/UYbJf8TNM9