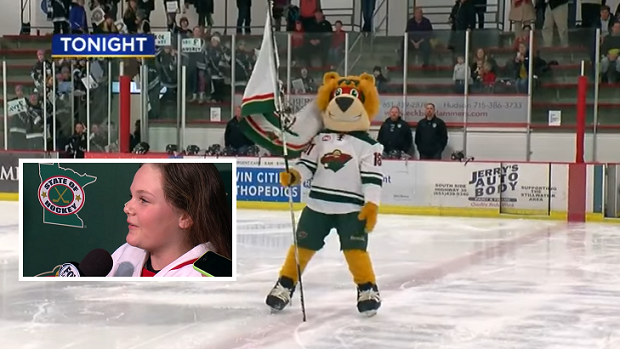 If you’ve every played little league sports, you may have had an experience where you played on a professional field, arena or diamond.

Lucky local teams will get the opportunity to do such a thing, but most of them go to the arena – not this girls’ team from Minnesota. The Minnesota Wild decided to take the it to the next level in what the called a “Youth Hockey Spotlight”.

Here’s the Minnesota Wild giving a taste of the Xcel Energy Center to the Roseville Raiders.

As they said in the end of the video, the Wild will be organizing another on of these later in the season. The next one will be a boys team and just like this time, they will do their best to surprise the team. Of course, this isn’t the first time a minor hockey team has gotten pro-like treatment in Minnesota – if you include stories from the big screen.

You might remember the Mighty Ducks basically becoming Team USA, and they were based out of Minnesota as well.