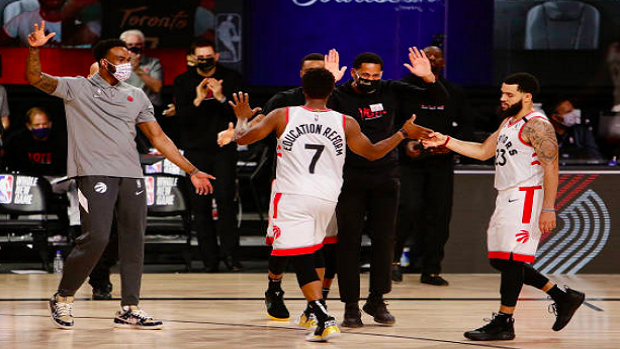 The NBA announced a new set of rules for the players and teams inside the bubble that will allow them to bring friends and family inside the restricted area, but there’s a strict rule about who’s allowed in and who isn’t.

After the opening round of the playoffs, the players on the remaining teams will be allowed four guests each, but can exceed the limit if it’s for their children. However, that’s not the rule that has people talking.

Players will be allowed to bring in family and "established longstanding personal friends," into The Bubble, per memo shared with teams today.

Here's who isn't eligible to come into The Bubble as a guest, per memo: "Any individual the player has not previously met in person or with whom the player has had limited in-person interactions. (For example)... known by the player only through social media or an intermediary."

According to Adrian Wojnarowski, the players guests will quarantine in the team’s market for three days, travel to Orlando, and then quarantine for another four days, or they can fly directly to Orlando and quarantine for 7 days there.

The best reaction from the announcement goes to Luka Doncic, who came out of nowhere and absolutely roasted JJ Barea.