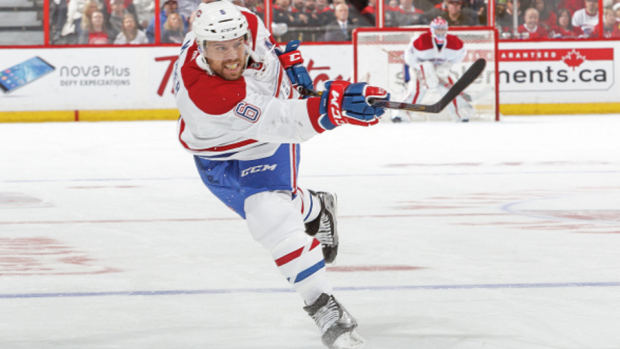 Every hockey fan knows the legend of Shea Weber's slap shot.  The man has scored with it, won the hardest shot competition at the All-Star game with it, ripped mesh of the net with it, and injured many players with it.

For those poor players that play on the penalty kill when Weber is on the ice, we feel for you.  It takes a ton of guts and courage to block shots, but blocking a Weber blast is pure insanity, and we're sure his list of "victims" can attest to that.

By "victims," we mean the players that have been injured from a Weber slap shot over the course of his career, and as Root Sports ever so eloquently pointed out, that list is in the double digits and growing.

First of all, those five players that suffered head and facial injuries from Weber's shot (David Legwand, David Poile, Cody Ceci, Marc-Edouard Vlasic and Max Pacioretty), you are the true heroes of the sport.

Also interesting to note that there was nearly a five-year span in which no players were injured by a Weber slap shot, but over the past two years and a bit, eight players have been injured.

Lastly, obviously not all of these players were hurt trying to block Weber's shot.  Some of the players were and are teammates of Weber's who were trying not to get hit, but unfortunately couldn't get out of the way.

In conclusion, Weber has a cannon, and if we were on the ice, we would probably think twice about standing in front of it, for the good of our own health.