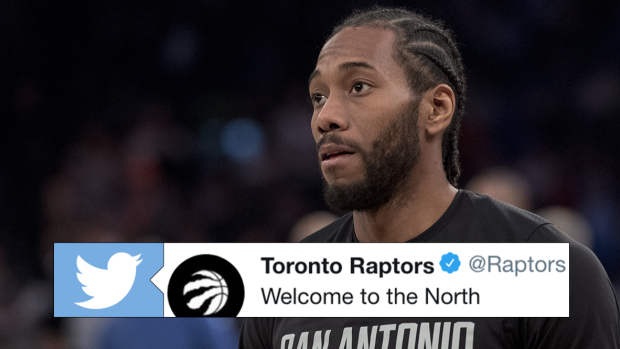 When the Kawhi Leonard trade was first announced, reports of his lack of interest to play in Toronto came out almost immediately.

In fact, a report went as far as to say Leonard might consider sitting out the season, that's how little of interest he had playing for the Raptors.  Well, those reports may have been a bit premature.

Friday night, the Toronto Raptors posted a picture of Kawhi Leonard with Masai Ujiri in Toronto.

Kawhi is officially in Toronto and any Raptors fans that may have been worried about when/if he would show up will be at ease after seeing this picture.

Everyone knows Masai took a risk by bringing in Leonard (who could leave at the end of the season), but he's hoping he can sell Kawhi on being the face of Canada's only NBA franchise for years to come and that process starts right now.