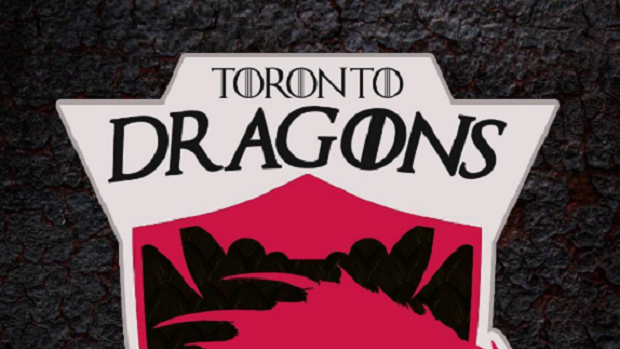 The Toronto Raptors have one of the most unique and most popular names in sports history, but their name almost didn’t become a reality.

The Raptors, who were officially awarded a franchise back in 1993, chose their name through a fan-vote contest called the “Name Game”. The contest generated a massive response, resulting in over 2,000 different options which were eventually narrowed down to the Beavers, Bobcats, Dragons, Grizzlies, Hogs, Raptors, Scorpions, T-Rex, Tarantulas and Terriers.

As Jay Onrait pointed out, that Dragons name would have been pretty perfect in today’s world.

If Toronto's hoops team was called "Dragons" like the @NBA wanted all sorts of GoT crossover potential now. Stupid Jurassic Park. #HoundDogs

Of course, they ended up with the Raptors, which shouldn’t come as surprise considering the original Jurassic Park was released in the same year as their team announcement. Raptors were big in pop culture in that time. Now? With Game of Thrones taking over everyone’s timeline every Sunday, we have a hankering that the Dragons name might have been even more popular today.

So, we took it even a step farther and tried working up something could have been their logo had they chose the “Toronto Dragons”

The #TorontoRaptors were almost named the Dragons . More at Bardown.com

Funny enough, this past season the Raptors actually did have a Dragon on one of their jerseys. They had a special edition Chinese New Year’s jersey which featured a dragon in some of the lettering.

Not to worry though, one team picked up the name, as a local Toronto Rugby Club became the Toronto Dragons.

Order before midnight June 3rd and get 10% off your total order!https://t.co/62szWtv5Jf pic.twitter.com/NGEOf1A3lr

Still, the best dragon refernce was far and away the New Jersey Nets who at one point almost became the Swamp Dragons.

i mean... the nets unironically tried to become the swamp dragons pic.twitter.com/iLNaqda3zq