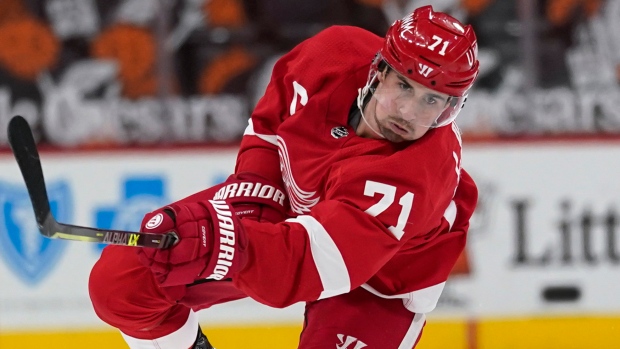 Let's just say that it's been a tough year for the Detroit Red Wings, who are in the Central Division cellar with 17 points in 23 games.

Believe it or not, dating back to late January, the Red Wings have been mired in a brutal scoring drought on the power-play, failing to convert on 40 consecutive PPs until Christian Djoos was able to score on the man advantage on Saturday night.

We’re sure it hasn’t been too fun for Red Wings fans to follow along, but they decided to turn the scoreless streak into something positive with a fundraising effort on the team’s subreddit.

Donating a dollar for each failed power-play during the streak, Red Wings fans raised a cumulative total of over $5,000 for the Jamie Daniels Foundation, which provides resources for those struggling with substance abuse.

In fact, the Jamie Daniels Foundation reported that they had received almost $10,000 in donations over the weekend, with more continuing to trickle in.

Y'all are crazy. I just totaled the amount from the screenshots I was tagged in on Twitter and Reddit and assuming no overlap between the two, you guys donated AT MINIMUM $5285.99 to the @JDanielsFund. https://t.co/2RAtx0cB9k

We don’t know how to tell you this but...double it 😱We’re overwhelmed by your support and wanted to report that we have received nearly 200 donations totaling almost $10k this weekend - and they’re still coming in!

Well, if you’re going to root for a team that’s struggling in the win column, you might as well turn it into a positive thing, and we love this approach from fans to create meaningful impact within their community out of something as otherwise trivial as a power-play drought.

Maybe the positive karma can translate into a few friendly lottery ball bounces their way come the draft lottery...