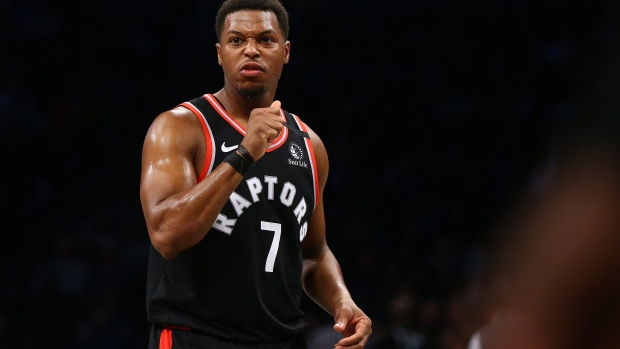 The popularity of the Toronto Raptors is undeniable.  The reigning NBA Champions brought a title to Canada for the first time ever and as they made their way through the playoffs, the hype across the country and world grew.

In case you doubt the popularity of the Raptors, Friday a top-5 most popular team merchandise list in the NBA was revealed and to the surprise of some, the Raptors were fourth.

Which team in the top-5 is the biggest surprise? [🤔]

It's important to note that this list is based on sales from October to December of 2019, proving that Toronto's popularity has carried over from their championship season to this campaign.

Based on online sales at the NBA Store from Oct-Dec, here are the most popular jerseys & team merchandise. Kevin Durant and Kyrie Irving are in the Top 15 and Brooklyn ranks 10th in team merchandise. The Knicks aren’t on either list, which was released by the NBA & NBPA: pic.twitter.com/UZCthcZxfG

The Raptors currently sit 4th in the East, but a single game is the difference between them and the 6th place 76ers.  Either way, another playoff run is likely on the horizon and if Toronto continues to prove the doubters wrong, their popularity could increase even more.

The Raptors were the NBA's 4th-most popular team in terms of merchandise sold last year, trailing the Lakers, Celtics and 76ers. It's the first time they've ever cracked the top-5 in merch sales.