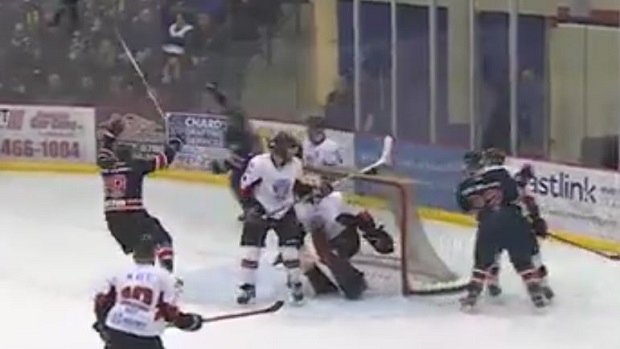 The 2017 Herder Memorial Championship between the CeeBee Stars and Clarenville Caribous wrapped up Newfoundland on Sunday and it ended up in a very controversial way.

With time winding down in the game and the score even at 3 apiece, the Stars got a very late goal to take the lead. At least that’s how it appeared on the ice.

Here is the 2017 Herder Memorial winning goal that caused controversy in Clarenville pic.twitter.com/EEieSowqjs

As you can see in the replay below, the puck did not go into the net. Instead, it ended up sliding underneath the post and into the net, but the players celebrated as if it was a good goal.

Members of the Caribous immediately went to tell the referee that the puck went under the net, but they weren’t having any of it and called it a good goal.

To make matters even worse, not only did the Stars go on to win the game because of that ‘goal’, but it also ended up being the goal that clinched them the championship.

Hopefully the team decided to take this to the league, because they have video evidence that the puck never went into the net the proper way.