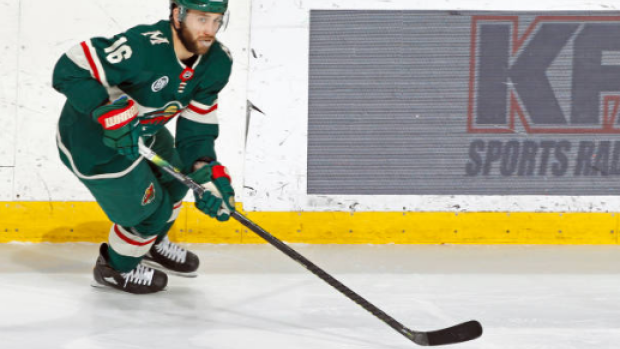 When the NHL trade deadline had finished, one of the reported deals that didn't go down was the Calgary Flames acquiring versatile scoring winger Jason Zucker from the Minnesota Wild.

Zucker is still the property of the Wild for now, and over the weekend, it was reported that GM Paul Fenton tried moving Zucker again to a number of team, but his demands were simply too high, according to a radio hit by Wild beat reporter Michael Russo.

Russo on MN radio says Jason Zucker has been shopped to CGY for Frolik/Bennett, PIT for Kessel, ARZ for Dvorak (turned down) - ARZ countered with Fischer, VGK for Marchessault, VAN for Boeser (VAN laughed and hung up).

They really tried to bring hometown product Brock Boeser to the state of hockey, but the Canucks weren't having any of it.

A package for Bennett and Frolik could be feasible, but asking for Dvorak and Marchessault would need a more substantial offer.

Russo, who writes for The Ahtletic, noted that Zucker is likely to upset by the failed deals going public instead of having them kept hush.

“Zucker has got to be ticked off. This is now twice that Zucker has found out publicly that Fenton had a deal done to trade him only to have it not come to fruition. Fenton will have to massage this delicate situation in the coming days with both Zucker and his agent Eustace King, who also represents defenseman Jared Spurgeon.”

The Wild re-signed him to a five contract at $5.5 million per season last July.

The rookie GM Fenton shipped out Nino Niederreiter, Mikael Granlund, Charlie Coyle in an attempt to reshape their roster and rejuvenate the team with youthful exuberance, despite trying to acquire Phil Kessel and Jack Johnson from the Penguins.