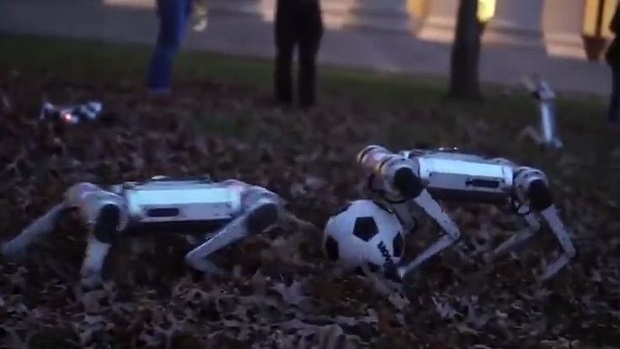 Are robot sports coming in the future? Scientists seem to be really working towards it.

It seems like every month we come across another video of some sort of new robot that’s capable of doing anything from shooting a basketball to wrestling, and now there’s a robot that can do things like back flips and even play soccer.

The robots were designed at MIT and are known as ‘virtually indestructible’ cheetah robots and even though they’re small, they look very, very intimidating.

You had me at "...army of tiny, 'virtually indestructible' cheetah robots..." https://t.co/QVpgYKlCm7

It’s all fun and games until the robots takeover.