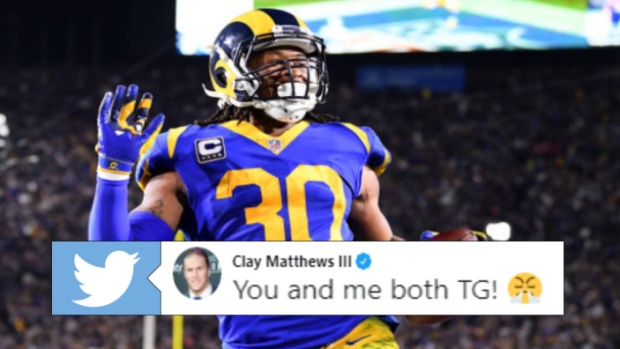 When a player leaves a team, the feelings left behind often loom large. Sometimes that can be a positive thing, and other times… well…

For example, if Tom Brady ever returns to New England, he will undoubtedly be met with a ton of love even if he’s suiting up for a different team. On the flip side, Todd Gurley should expect his welcome to be a little less warm.

When Gurley first got cut from the team, he got some laughs by tweeting “wow, got fired on my day off!” Seems good natured enough, but on Wednesday he sent out something that seemed… a little more prickly.

@RamsNFL past due. Send me money ASAP

The tweet was met with some mixed reaction. Some believe it was a little too much information, and that Gurley shouldn’t be airing his dirty laundry on social media. Other believe he’s owed what he’s owed, and this is a fair move to help push things along.

Even some other NFLers got involved in the discussion.

You and me both TG! 😤 Better get some interest with that too 📈 https://t.co/E8RIOhg7sH