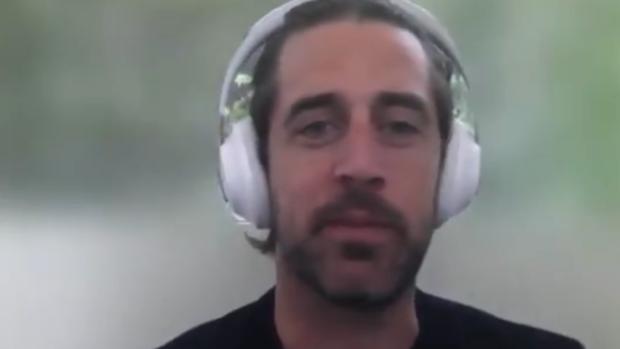 Tom Brady was the story of the NFL offseason last year when he parted ways with his longtime franchise, the New England Patriots. The writing had been on the wall for a while, and it seemed like every day we saw a new rumour or report surrounding the GOAT’s next destination.

When the dust settled, Brady made his way to Raymond James Stadium to join the Tampa Bay Buccaneers. That proved to be the right call for the then 42-year-old, as he went on to win his 7th Super Bowl with the Bucs.

Now, on the cusp of his 44th birthday, the story has shifted away from Brady and onto another NFL legend.

For years, it has seemed as though here was somewhat of a disconnect between the Green Bay Packers and longtime quarterback Aaron Rodgers. This year’s Draft Day firmly established the relationship as a broken one.

Reports began rapidly flying in after an Adam Schefter tweet determined that Rodgers wanted out. One of the moments of clear and obvious discontent for #12 came when the Packers decided not to go for it on 4th down at the goal line against Brady’s Bucs in the NFC Championship. Brady decided to take a shot at Rodgers during a video call promoting their upcoming golf event, ‘The Match.’

.@TomBrady had to remind Rodgers about fourth down 🤣

Brady’s troll quickly turned into Rodgers trolling the Packers, which is noteworthy given his unapologetic unhappiness with the organization.

That wasn’t the only eye-roll comment he made towards his dramatic offseason. He also very dryly commented on how his offseason has been “one of those quiet offseasons you dream of.”

“It’s been one of those quiet offseasons you dream about”

He certainly knows how to shrug off the seriousness of his Packers saga, and there’s something kind of refreshing about that.