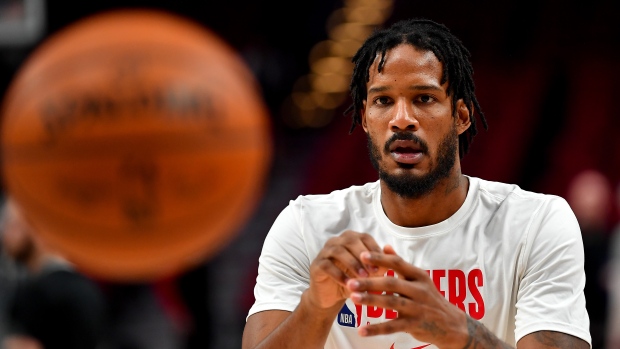 Honestly, we follow the NBA pretty closely around here, and even we couldn’t tell you the teams that Trevor Ariza has been on since the NBA Draft. Teams have been moving that dude AROUND.

Since Wednesday’s draft, which began with Ariza as a member of the Portland Trail Blazers, he has been traded to the following teams in order: The Houston Rockets for Robert Covington, then the Detroit Pistons for a future first-round pick, and then, on the midnight of the first day of free agency, the Dallas Mavericks as part of a three-team trade also including the Oklahoma City Thunder.

Whew. At this point, Ariza might as well just wait until he actually has to come in for training camp to bother keeping up with the news.

Trevor Ariza has been traded 3 times in 3 days.

From Portland to Houston.

Considering that he signed with the the Sacramento Kings just last offseason and was traded to the Blazers midseason, Ariza has been all over the place over the last year. He was already a journeyman before this trade, having played with nine teams in his 16-year career, and presumably the Mavs will make it ten